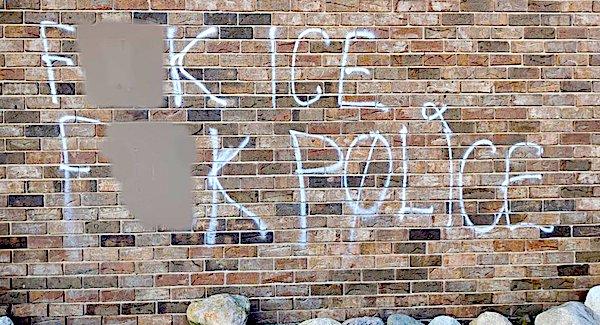 The party said that “anti-police extremists” were responsible for the vandalism and that a police report had been filed, according to a press release. Michigan Republican Party Chairwoman Laura Cox is a former Immigration and Customs Enforcement agent, according to the state party’s website.

Sunday night our building was vandalized with radical anti-police statements. We will not be intimidated, and we will continue to work hard to ensure President @realDonaldTrump is re-elected!#LeadRight #MITV20 pic.twitter.com/r56biu3oWj

Cox said the incident was typical of the “radical left” in Democrat-run cities, according to the Michigan Republican Party.

“This vandalism is emblematic of the chaos sweeping through our nation’s Democrat-run cities, as the radical left uses criminal tactics to try and extort weak politicians into defunding the men and woman who keep us safe,” Cox added, according to the Michigan Republican Party.

Protesters reportedly marched to Democratic Mayor Andy Schor’s home in August, demanding he resign over inaction around their demands to defund or reform the police, and requesting more community investment, the Lansing State Journal reported.