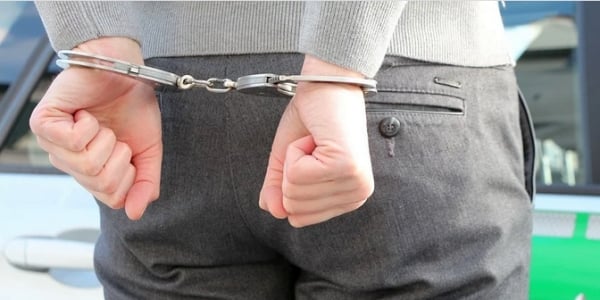 The federal government on Thursday announced that more than 300 people are facing federal charges for the recent rioting in American cities.

Along with rioting, the counts include attempted murder, assault, arson, burglary, malicious destruction, felon in possession of a firearm, possessing a bomb, inciting and civil disorder.

The Department of Justice said the accused come from 29 states and Washington, D.C.

They're charged for actions conducted "under the guise of peaceful demonstrations since the end of May."

The counts have come from 94 U.S. attorneys' offices.

"Approximately 80 individuals have been charged with offenses relating to arson and explosives. Approximately 15 individuals have been charged with damaging federal property. In some instances, these individuals are alleged to have set fires to local businesses as well as city and federal property, which will regrettably incur millions of taxpayer dollars to repair damages to the Portland Courthouse, Nashville Courthouse, Minneapolis Police Third Precinct, Seattle Police East Precinct, and local high school in Minnesota; and, to replace police cruisers in South Carolina, Washington, Rhode Island, Georgia, Utah, and other states," the DOJ said.

Other scenes of violence have included a Target Corporate headquarters in Minneapolis, Boost Mobile Store in Milwaukee, Champ Sports Store in Tampa, a pizza parlor in Los Angeles and a sushi bar in Santa Monica.

Another 35 have been accused of assaulting police officers.

"In Portland, a man is alleged to have approached a U.S. Marshals Deputy from behind and struck the deputy in the upper back, neck, and shoulder with a wooden baseball bat; another man, allegedly assaulted a Deputy U.S. Marshal with an explosive device. In Boston, a man allegedly shot at least 11 times toward officers, including a deputized federal officer," the DOJ said.

Civil disorder counts have been filed against dozens, for incidents such as when two men in Cleveland drove to the city with the intention of rioting.

"In their possession, authorities found a black backpack containing a hammer, two containers of Sterno Firestarter Instant Flame Gel, a can of spray paint, a glass bottle of liquor with a bar-style pour top, a Glock semi-automatic firearm and two magazines loaded with ammunition.," the DOJ said.

Burglary and carjacking counts also have been filed, and several of the cases carry significant maximum prison sentences, including of up to 20 years.

The DOJ said the ATF and FBI continue to urge the public to report suspected arson, use of explosive devices or violent, destructive acts associated with the recent unrest.