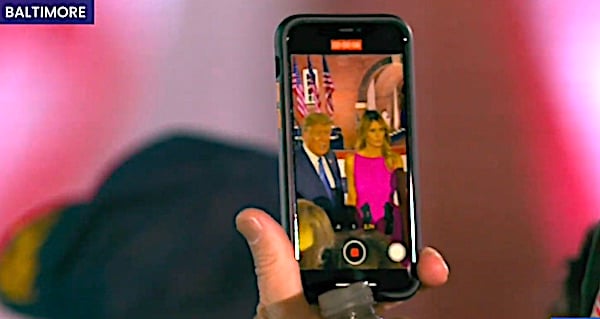 Geofence warrants, also known as reverse location searches, are used to identify a suspect. Instead of identifying the suspect in advance, they work backwards by scooping up location data from every device that happened to be in the area where a crime occurred.

One man who was targeted with the investigative technique, NBC News reported, asked his parents for thousands of dollars to hire an attorney to remove himself as a suspect in a burglary case.

He was using a mileage tracking program to record his bike-riding, and the software indicated he was in front of a home at the time of a burglary, making him a "suspect."

"First, the court determined that the warrant was overbroad. While the court agreed that the government had established probable cause that a single cell phone user within the geofence might have committed a crime, the court held there was no probable cause to believe all the other devices in the area were connected to the crime as well. Importantly, the court rejected an argument we’ve seen the government make in the past that the search warrant was narrowly tailored because it covered only limited areas over short time periods," EFF said.

The judge ruled: "The geographic scope of [the] request in a congested urban area encompassing individuals’ residences, businesses, and healthcare providers is not ‘narrowly tailored’ when the vast majority of cellular telephones likely to be identified in this geofence will have nothing whatsoever to do with the offenses under investigation."

The decisions were from the Chicago area.

One Chicago case involved stolen pharmaceuticals, and investigators wanted information on every device in a downtown area within 45 minutes on three different dates.

The area included restaurants, businesses, a medical office and a large residential complex, meaning anyone in those facilities during the time frame was being targeted.

The government modified its request several times to meet constitutional requirements, but Judge Gabriel Fuentes was not in agreement.

He found that, according to precedent, a search warrant for a bar and a bartender didn't give the police the right to search everyone else in the bar.

What's wrong is the technique's "unlimited discretion" to search all users' devices, "including users who merely walked along the sidewalk next to a business or lived in the residences above it – based on nothing more than their proximity to a suspected crime."

EFF commented: "These decisions are good news. Judges too often rubber stamp warrant applications. But here, in careful, well-reasoned opinions that reflect what Judge Fuentes described as '[l]ongstanding Fourth Amendment principles of probable cause and particularity,' both judges stood up to protect constitutional rights in the face of government overreach."