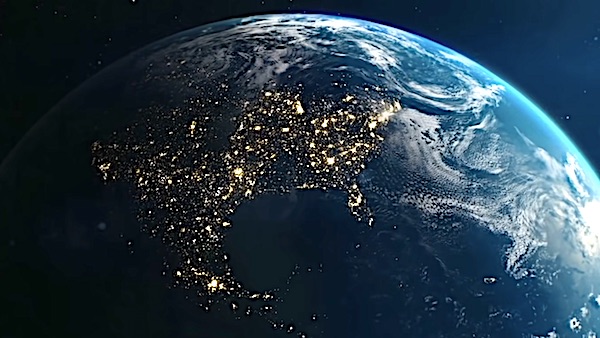 A Catholic priest in America's heartland is going scorched-earth against any Catholic who would vote for a Democrat in the upcoming presidential election, slamming the political party and even leaders of the Catholic Church as "godless," "gutless" and "imposters."

"Here's a memo to clueless baptized Catholics out there: You cannot be Catholic and be a Democrat. Period," said Rev. James Altman of La Crosse, Wisconsin, in a new video.

"Their party platform absolutely is against everything the Catholic church teaches. So just quit pretending that you're Catholic and vote Democrat. Repent of your support of that party and its platform, or face the fires of hell." 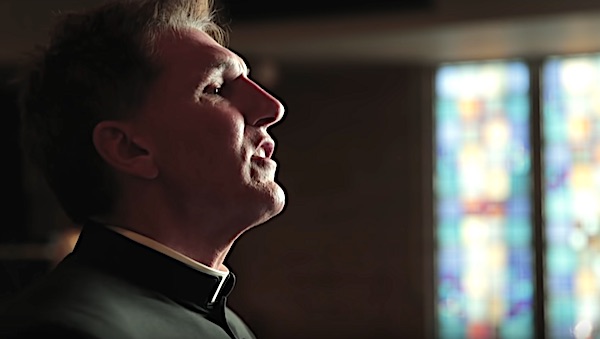 "It's too bad there are so many gutless cowards in the clergy who refuse to speak up and speak out on that truth and make it crystal clear. There should be no confusion among any Catholic," he added.

While President Trump has often used the term "fake news" to describe deception in the media, Altman called Catholics who vote for Democrats "imposters."

"I actually researched, and researched all the data, the information, I crunched the numbers and finally came up with a pretty close approximate total of how many Catholics voted for Obama in 2008 and 2012 – zero," Altman said.

"Wrap your minds around that, dear family. There are a lot of pretenders, a lot of imposters. A lot of people masquerading as Catholics – laity and clergy alike," Altman continued. "There are zero faithful Catholics who voted for that godless politician who had the audacity to blaspheme and say, 'God bless Planned Parenthood,' the most racist organization on the face of this planet, founded to wipe out black babies."

Altman pummeled the leadership of the Church, saying: "Certain of the hierarchy think nothing about ripping into Donald Trump, because somehow Trump has differing views about national sovereignty and national borders. No problem about stuffing things like the climate-change hoax into the political area, into the Catholic Church."

"They are quick as lightning when they want to be to silence any priest who dares to step out of line. But you really wonder why ordinary priests do not speak up. It's out of fear, dear family. Fear. Shame on the hierarchy who covers up truth through a conspiracy of fear. Listen, if there wasn't truth spoken, nobody but nobody would be listening to me for two seconds. And if all that is accomplished by speaking up is to let the proud and arrogant in the hierarchy realize that the faithful are suspicious, and they have good reason.

"There is truth spoken, and it continues to slap faithful Catholics in the [face]. When Notre Dame gives Obama an honorary doctorate, when James Martin takes the national stage for the Democrats, and when a pro-life president [Trump] gets ripped on by an archbishop of the Catholic Church who then within days urges his priests to go all political and join hands with the Marxist protesters, Black Lives Matter."

He noted that some left-leaning Catholics have no problem getting political, publicly supporting the Southern Poverty Law Center, "which seems to be one of the most godless, communist, anti-American, left-wing, radical organizations in the United States."

He concluded: "The problem in the world today, as it was in Noah's day, and as it was in Abraham, Lot and Sodom and Gomorrah's day, as it was as Jesus warned us it would be is that there are way too many people who don't know the first thing about Almighty God ... So truth be told, they do not love him.

"And so we can see in the many godless politicians out there, and the godless educational system, and the godlessness of so many sheeple. So they most definitely are not serving Him. They're not fulfilling their purpose in life – to know, to love and to serve God."

Altman is getting some support from others in the clergy.

Bishop Joseph Strickland, from Tyler, Texas, is endorsing Altman's remarks, as he tweeted: "As the Bishop of Tyler I endorse Fr Altman's statement in this video. My shame is that it has taken me so long," Strickland wrote. "Thank you Fr Altman for your COURAGE. If you love Jesus & His Church & this nation...[please] HEED THIS MESSAGE."

As the Bishop of Tyler I endorse Fr Altman’s statement in this video. My shame is that it has taken me so long. Thank you Fr Altman for your COURAGE. If you love Jesus & His Church & this nation...pleases HEED THIS MESSAGE https://t.co/D413G0lfQV