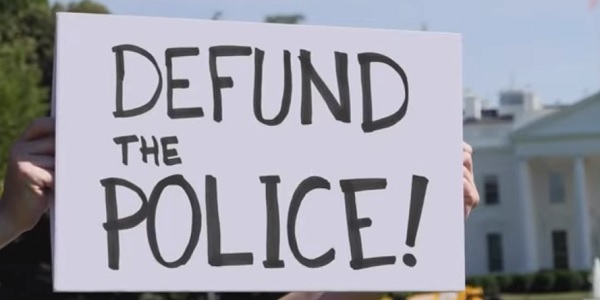 Republican state attorneys general discussed the previous 100 days of protests across the country on a call hosted by the Republican Attorneys General Association on Wednesday.

Attorneys general from Georgia, Arkansas and Florida said that Democratic leaders took too long to denounce the violent incidents and that officials should support the police rather than defund the police.

“The ‘defund the police’ movement has emboldened criminals across the nation, and anyone who does not condemn this movement is helping to turn America into a lawless society,” Georgia Attorney General Chris Carr, the vice-chairman of the Republican Attorneys General Association, said on the call.

“We must focus on restoring law and order, ending lawlessness, and ensuring that our neighborhoods are safe,” he added.

The #DefundthePolice movement has emboldened criminals. Over the last 100 days, we have seen brutal acts of violent crime and arson take place across the country. Anyone who does not condemn this movement is helping turn America into a lawless society. 1/2

“I think it is critically important that every elected official in this nation draw a line between peaceful protests and rioting,” Georgia Attorney General Chris Carr said. “Protesters use words, rioters use violence. The first is protected by the first amendment, and the other is outright lawless.”

Florida Attorney General Ashley Moody said she was shocked to see what she described as officials abandoning their oaths to protect communities for a political agenda. She said that leaders are working against police by defunding their departments and refusing to prosecute protesters and rioters responsible for criminal acts.

“I am repeatedly outraged to see so many elected officials around our country that have taken oaths to the citizens that trusted them … I have been shocked to see them abandon their oaths and responsibilities to meet some carefully crafted, albeit dangerously misplaced political goal,” Moody said.

To observe this shameful 100 day benchmark, @RepublicanAGs are calling on all AGs, regardless of party, to denounce and condemn the violence and destruction being perpetrated by #lawlessliberals.

Rutledge claimed that protesters and rioters were paid, though she would not provide evidence beyond saying that she was told “at a security briefing” that that was the case.

She said that during the riots in Little Rock, Arkansas, pallets of bricks were put out ahead of time. She also said that she saw protesters in Washington, D.C. “coming out of some of the nicest hotels” and that they were being “shipped in by buses” across the country.

Rutledge said that if post-election violence were to occur, local and state authorities already share intelligence and would be prepared.

The Republican Attorneys General Association is asking every attorney general to denounce violence and destruction, the organization announced in a press release Wednesday.