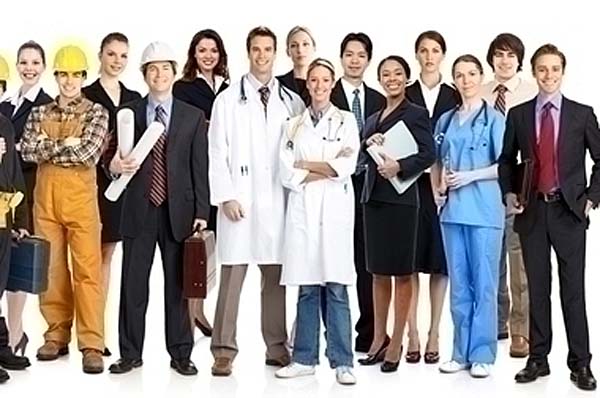 Like others before him, Donald Trump wore the finest attire on the day he became the most powerful man in the world. His well-coifed and well-dressed adult children looked the part also as they watched him become not just the president but also the wealthiest man to ever occupy the Oval Office.

But Trump, who likes his name in gold on the side of tony buildings, focused in his inaugural address more on rusting factories, depleted industries, and downtrodden workers. He said it was “American carnage.” He promised it would end. He said that “the forgotten men and women of our country will be forgotten no longer.”

House Republicans are still trying to deliver on that promise four years later. The 147-member Republican Study Committee, which represents the majority of the minority party, this morning is releasing its 66-page report on the state of the American worker. First reviewed by RealClearPolitics, the white paper and its sweeping proposals come just weeks before Republicans will count on blue-collar voters turning out in droves at the polls. Policy wonks might pour over the dry prescriptions. Voters? Probably not so much.

But the ideas are what matter, and Rep. Andy Barr insists that after the tax cuts and the regulatory reform of the president’s first term, bolstering worker productivity is “the final piece of the puzzle.” The Kentucky conservative (pictured) chaired the working group that drafted the document and believes that “the only thing that was missing from the great economy we had until last February was a shortage of workers.”

Democrats enjoy portraying Republicans as cold-hearted guardians of corporate capital and patrons of a wealthy donor class. But Rep. Mike Johnson, who chairs the RSC, counters that “we can make a compelling argument that we are indeed the party of American workers.”

The president clearly feels comfortable on factory floors. He has toured assembly lines throughout his White House tenure, making multiple stops more recently to chat with the workers manufacturing the medical supplies needed to fight the pandemic. He likes building things, and Trump insists he likes the people who do the building — even if his heralded “manufacturing miracle” has not stopped industrial bleeding in the Midwest. Perhaps that affection is because white working-class voters were key to  his 2016 victory.

While this blue-collar demographic turned out in Pennsylvania, Ohio, Michigan and Wisconsin for Mitt Romney in 2012 by 12 percentage points, they flocked in even greater numbers to Trump in 2020. Exit polling by NBC showed the billionaire real-estate magnate winning their support by 30 points. More good news for Trump: While he trails former vice president Joe Biden in the polls, the economy remains a bright spot for him. Voters regularly rank the economy as their top priority, and despite the pandemic-induced downturn, a majority still trust Trump over Biden on the issue. A recent PBS/NPR/Marist poll reported that 50% of Americans saw the incumbent as a more effective leader on the economy while 43% favored the challenger.

House Republicans want to lean into that advantage, and Barr has boiled it down to a maxim. “Republicans are for workers and self-sufficiency,” he says, while “Democrats are for government and dependency.” This is the more digestible version of the argument. The Republican Study Committee recommends no less than 118 changes to education, labor, and welfare policy to further their goals.

“Reclaiming the American Dream” means challenging “the bachelor's degree or bust mentality,” Johnson and Barr explain. The traditional “college try” -- pushing every student toward a four-year degree, often saddled with student debt -- can be counterproductive and even harmful, they argue. The RSC would reduce subsidies for higher education while promoting secondary and post-secondary instruction in trade and other skills education.

Some of the prescription is conservative orthodoxy, such as school vouchers. Other suggestions are new innovations, including income sharing agreements where a student agrees to pay a percentage of future wages to a lender rather than accepting a traditional loan.

The RSC embraces “right to work” laws on the labor front, policies that bar employers and unions from forcing workers to join a collective bargaining arrangement. They also take aim at occupational licensing laws, which, they argue, create undue burdens on the workforce. Both are longtime hallmarks of Republican policy, and much of the document embraces existing executive orders along those lines. But the committee also put forward new reforms such as making skills training costs tax deductible and, among other changes, opening up trucking apprenticeships to those under 21 years old.

The Republicans also float a raft of reforms to welfare, including requiring states to integrate home visits into “food stamp” allocation, enacting drug testing for welfare recipients, and policies to keep illegal immigrants from qualifying for benefits.

Of course, the entire agenda — all 118 proposed changes — has little to no chance of making it into law this year. House Speaker Nancy Pelosi has little patience for pet academic projects of the minority party in her chamber, especially in an election year. Johnson admits as much. The effort is instead aspirational and designed to be flexible enough to be of use regardless of who wins the White House in November.

Republicans learned the hard way what happens when they are in the majority but not on the same page. Carefully laid plans came crashing down when they took up Obamacare repeal in the early stages of Trump’s term. Unified government -- complete control of Congress and the White House -- came to naught. “We frankly squandered the first half of that year,” Johnson says. “We fumbled the repeal-and-replace effort.”

The workforce paper is the latest in a series of policy publications designed to find consensus in the caucus. The Louisiana congressman says all of those products were drafted with input from House Republicans from across the spectrum and “in very close coordination with the administration and the president himself.”

If Trump wins, he says that the GOP will have an ideas platform ready to roll “on day one.” If Biden gets the job, then the white paper will serve instead as “a line over which we will not cross.” Either way, Johnson believes it could be a keystone to returning the economy to its pre-pandemic splendor, and then some.