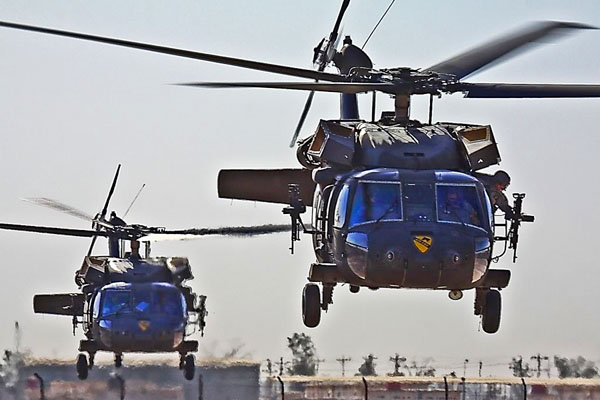 The state of Virginia is conducting surveillance of citizens by aircraft that could violate the Fourth Amendment, contends the Rutherford Institute.

The nonpartisan legal group announced this week it has filed a Freedom of Information Act request with the Virginia State Police to obtain information about the aerial surveillance program, which targets marijuana farming.

Rutherford also wants to know the precise locations of the surveillance and is asking for copies of policies controlling the surveillance. And it wants a list of all relevant equipment on the planes and helicopters, including any high-resolution or telescopic cameras, or other visual enhancement devices.

The institute said it has received a number of complaints about the flights.

"While the Fourth Amendment allows law enforcement to conduct naked-eye observations of private property during ordinary flyovers, the Constitution forbids unusually low flyovers or the use of high-tech, sight-enhancing equipment for aerial searches," Rutherford explained.

John W. Whitehead, president of the Rutherford Institute, said: "Incredibly, merely growing a vegetable garden on your own property, or in a greenhouse on your property, could get you flagged by these aerial and ground surveillance teams for a drug raid by a SWAT team."

He said the "sweeps, which have become regular occurrences across the country, are part of a multi-million dollar government program that sends local police, state police and the Army National Guard along with expensive military helicopters — out on exploratory sorties in order to uncover marijuana growing operations, even in states where it's legal to grow marijuana."

In 2012, Rutherford defended a 54-year-old Virginia resident after a SWAT-like raid, aided by military helicopter surveillance and acting without a search warrant, allegedly found two marijuana stalks growing among weeds on his 39-acre property.

The complaints have surged in recent weeks, Rutherford said.

"Residents reported helicopters at unusually low altitudes over their property and hovering for extended periods of time for the apparent purpose of observing conditions and activities on the ground," Rutherford said.

"One property owner reported that not long after aircraft began buzzing her rural property for several minutes, a convoy of law enforcement vehicles rolled up to her house to examine the plants she was growing. When the police found nothing illegal, they complimented her on the condition of her tomatoes and left. In late August, a joint operation of the VSP and county sheriff’s office made a seizure of marijuana after a helicopter was used to spot marijuana plants growing on property in Greene County."

While the U.S. Supreme Court has ruled police may observe conditions from an aircraft, they must fly at ordinary altitudes, and they "may not use sophisticated equipment that enhance the ability of airborne personnel to identify objects on the ground."