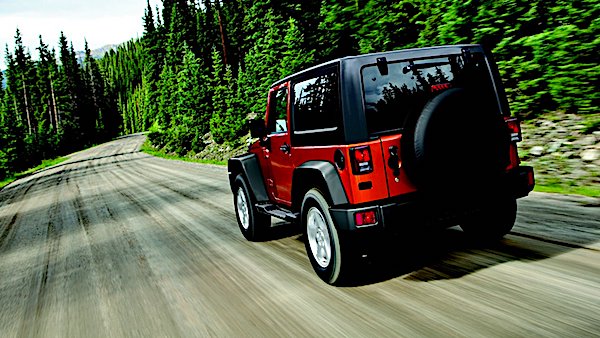 A Tucson handyman whose Jeep was confiscated by authorities and headed for the auction block due to $25 worth of marijuana has gotten it back.

The Goldwater Institute said the government changed its tune after telling Kevin McBride it would be "inappropriate in this case" to return his vehicle.

Goldwater challenged the seizure, and McBride got his $15,000 Jeep back Friday without having to pay to release it from forfeiture.

"Today’s news that Kevin has been reunited with his Jeep is extremely welcome — and it’s a tacit admission by the government that its actions here were unfair and illogical."

The institute said situations like McBride’s are common in states across the country, thanks to civil asset forfeiture laws.

"Under such laws, the government can take and keep your property without charging or convicting you of a crime. All they need to do is allege you committed a crime, and then the burden falls on you to hire a lawyer and go to court in an effort to prove otherwise," the institute said. "Even though forfeiture was meant to be used to target the property of major criminals — like drug kingpins — these days, it’s predominantly used against the little guy, even when he hasn’t done anything wrong."

While McBride’s predicament has a happy outcome, more must be done to ensure that that kind of government theft doesn’t happen again, the lawyers said.

"Kevin isn’t the only person who’s been targeted by civil asset forfeiture schemes — and unfortunately, he probably won’t be the last," Miller said. "The Goldwater Institute will continue to put pressure on states to reform or repeal these unfair laws—whether through legal action or through state legislatures amending these laws to require a criminal conviction."

Miller explained that in May, McBride's girlfriend stopped by his job site and asked if she could help him cool off by getting him a soda from a local convenience store.

"Because she had no other way to get there, she took his Jeep and he went back to work," Miller said.

She didn't return, and when he got a ride to the store, he found his Jeep being towed by police.

On the scene, a police officer gave McBride a phone number, and three weeks later, he finally was able to get through. He was told the local prosecutor was holding his Jeep as evidence of a $25 crime they said his girlfriend committed: the alleged sale of three grams of marijuana.

Even though charges against the girlfriend were dropped, prosecutors "were keeping the Jeep using civil forfeiture, even though Kevin had done nothing wrong," Miller said.

McBride was told by the Pima County attorney's office he could get his Jeep back if he paid $1,900.

"There was no explanation why. That was just an amount the government had chosen. Kevin could pay it, or he could watch his Jeep be sold — with police keeping the proceeds," Miller explained.

Under the state's civil forfeiture law, police confiscate property and the owner is forced to prove innocence.

Miller said the system has problems.

"The burden should be on the government to show that Kevin was involved. Furthermore, let us take a step back for some perspective on what happened here. Kevin’s girlfriend allegedly used the Jeep to sell about $25 worth of marijuana to an undercover police officer. Tucson now claims the right to forfeit Kevin’s Jeep — which is worth about $15,000 — and keep the money," Miller said.

The U.S. Supreme Court ruled recently in a case from another state that the confiscation of a vehicle for a minor alleged drug offense is unconstitutional.