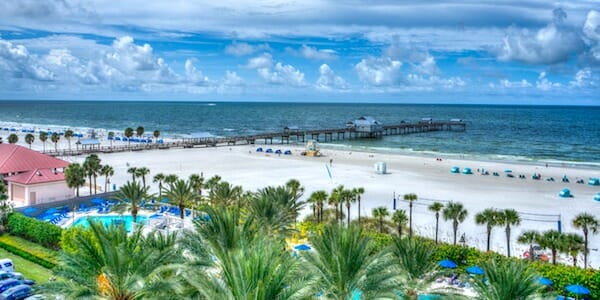 If we want to emerge from the COVID-19 crisis stronger and fix the damage it has caused, we need to start by securing our future and recovery through energy. It helps power every imaginable American industry, supports our nation’s supply chains and is the most important ingredient for a robust American recovery.

That recovery starts with securing one of our region’s most important energy and economic assets, the Gulf of Mexico, to ensure it can continue making its contribution to our well-being.

One of the fastest ways we can do that is by urging Congress to require annual lease sales in the central and western Gulf that will strengthen our energy independence and security – and provide critical environment and conservation funding. If there is one thing the U.S. needs to secure right now, it is reliable, affordable and environmentally responsible energy.

To understand the Gulf’s importance, consider this: It provides roughly 20% of the nation’s oil and gas, and holds nearly undiscovered reserves of 45 billion barrels of oil and 130 trillion cubic feet of gas in areas now open for production. That oil alone, if used to generate electricity, is enough to power all 128.5 million households in the U.S. for more than two years, based on Energy Information Administration data – and do lots more, too.

Contrast this with pledges made by certain political candidates to ban new federal energy leases. That would eliminate nearly 1 million jobs in less than two years, according to a new analysis – 203,000 of those and at least $223 million in revenue would be taken from Alabama, Mississippi, Texas and Louisiana alone.

Offshore natural gas production would be cut 68% and offshore oil production 44% by 2030, increasing our dependence on less reliable, less regulated, and higher-carbon sources of foreign energy by nearly 2 million barrels per day. That would be devastating to our families, farmers, small businesses and especially those people living in poverty or on fixed incomes.

It will also erode our position as the world’s top oil and natural gas producer, which has allowed us to shake off the yoke of foreign dependency, which too often became a noose when geopolitically-driven market manipulations or turmoil caused economic shocks. It will also risk our world-leading environmental stewardship.

With all our energy production, America has still achieved the largest absolute decrease in carbon dioxide emissions of any country since 2000, according to the International Energy Agency. Last year, we had the largest absolute reduction, 140 megatons, while China accounted for most of Asia’s 320 megaton emissions increase. The U.S. is more than two-thirds of the way to its emissions reductions goals under the Paris Climate Accord 2025 targets.

That proves robust energy and environmental leadership go together. We should embrace this with annual lease sales that can provide another benefit: ready economic activity to spur COVID recovery. In 2019, the offshore energy industry supported 289,000 jobs in Alabama, Mississippi, Texas and Louisiana, plus an additional 54,000 in the supply chain in other states. We need not only those wages, but the tax revenue, investment and other jobs they create.

Governments – local, state and even federal – all face lower revenues, and in many cases, budget shortfalls that will have harsh ramifications for schools, emergency services, and other government operations that serve ordinary families.

A thriving offshore energy industry can generate even more money for Alabama, Texas, Louisiana and Mississippi through the Gulf of Mexico Energy Security Act, which in fiscal year 2019 led to the federal government disbursing over $353 million to those states for coastal projects, including hurricane protection, wetlands conservation, and coastal restoration.

Under current law, those states receive 37.5% of oil and gas revenues produced off their respective coasts, capped at $375 million for all four. Efforts are underway to increase the Gulf States’ share, which would help them advance important environmental projects and spur economic growth by funding them. The Gulf’s contribution does not stop at the Gulf States, however.

Offshore oil and gas production, almost all of which is in the Gulf, contributed more than $1 billion to the Land and Water Conservation Fund for environmental protection efforts across the country, and Congress recently passed legislation that gives an additional $1.9 billion of federal offshore oil and gas revenue to national parks, forests, wildlife refuges, recreation areas and Tribal schools. It would also permanently fund the LWCF with $900 million a year.

We cannot lose these important environmental gains. We must protect our energy security, increase our investment in the environment and boost our post-COVID economic recovery by encouraging our Congressional leaders to pass legislation that directs the Department of the Interior to protect current and future energy development and enhance revenue sharing for the Gulf States.

David Holt is president of Consumer Energy Alliance (CEA), the leading U.S. consumer advocate in support of affordable reliable energy for working families, seniors and businesses across the country.