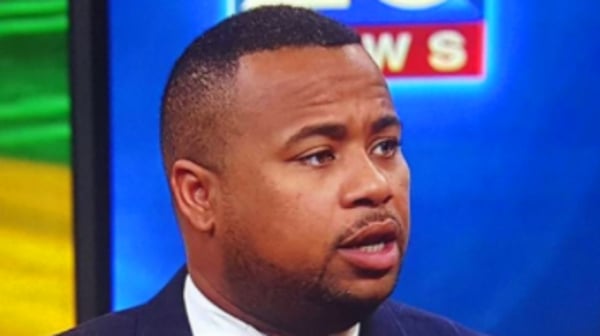 A lawsuit has been filed against the Joe Biden campaign's Texas political director accusing him of running an illegal ballot harvesting operation, according to two separate affidavits filed Monday at the Texas Supreme Court.

Dallas Jones and his cohorts are hoarding mail-in and absentee ballots and ordering operatives to fill the ballots out for people illegally, including for dead people, homeless people and nursing home residents, two private investigators have testified under oath, according to National File.

The investigators, a former FBI agent and a former police officer, have testified they have video evidence, documentation and witnesses to make their case.

National File's Patrick Howley said the affidavits were filed as part of the class-action lawsuit by citizens against Harris County and the state of Texas.

Allegations of ballot harvesting in Minnesota have been in the news this week. WND reported Tuesday an undercover video investigation by James O'Keefe's Project Veritas featured a source describing Rep. Ilhan Omar, D-Minn., as the mastermind behind a cash-for-ballots, voter-fraud scheme.

'Voter fraud on a massive scale'

In an affidavit, retired Houston police officer Mark A. Aguirre said he is "currently involved in an investigation related to a wide-ranging and fraudulent ballot harvesting scheme in Harris County intended to rig the elections in the Houston/Harris County area."

"This scheme involves voter fraud on a massive scale," he wrote.

Aguirre said that based on interviews, a review of documents and other information he has identified Jones as part of the scheme.

Aguirre said the "entire operation is being run by the elite politicians of the Democrat Party" in Houston and Harris County.

He testified that in December 2019, he was approached by two individuals who witnessed activity from an illegal ballot harvesting operation in Harris County and has been investigating since then.

He said "a core group of names continued to surface regarding the organization and operation of the voter fraud scheme."

"Their chief lieutenants are Houston businessman Gerald Womack and political consultant Dallas Jones, who work directly under them in executing the ballot harvesting operation in Harris County, Texas," he wrote.

Two witnesses, Marler said, have stated to him that two employees of the Harris County Clerk's Office "are aware of the illegal ballots and help facilitate and mask the processing of the ballots into the legal stream of ballots."

"However, witnesses have told me that Ms. Troutman was arguing with Commission Rodney Ellis about the legality of the mass purchasing and mailing of mail-in ballots and that Troutman was concerned she would be included in the eventual arrest pertaining to illegal ballot harvesting," Marler said.

"Instead of coming forward and exposing the scheme, Ms. Troutman abruptly resigned."

Witnesses, he said, have stated that Ellis "was not deterred and continued to move forward with the plan to mass mail ballots and expand the illegal ballot harvesting scam."

Another witness said an employee of Ellis, Tyler James, has bragged that he could guarantee that the illegal ballot harvesting operation, with the help of mass mail-in ballots, could harvest 700,000 illegal ballots.

"It appears that law enforcement agencies are currently investigating these alleged crimes and I will provide them with the evidence that I have already collected and am continuing to collect," he said.

But, "sadly," he said, the law enforcement agencies will be working to prosecute te crimes well after the Nov. 3 election.

National File's Howley said a GoFundMe page has been set up for the ongoing private investigation, which is working with law enforcement.