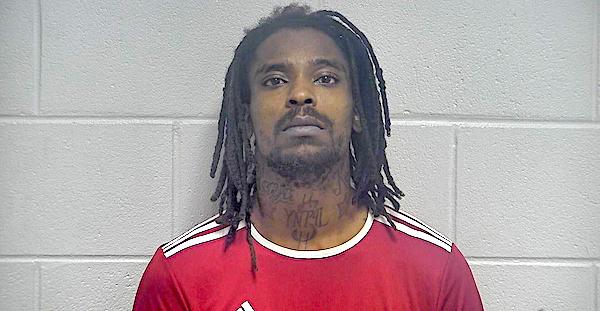 Cortez Lamont Edwards, 29, allegedly held an AR-style pistol and asked for $30,000 to gun down Louisville Metro Police Department officers — all of which was recorded live on social media, according to a press release from the Department of Justice. Edwards was arrested on his couch when authorities executed a search warrant Sunday, the DOJ wrote.

“Louisville needs healing and safety for its citizens, not armed felons seeking bids to shoot police,” U.S. Attorney Russell Coleman said in the release. “Federal law enforcement here will continue to respond as one to swiftly mitigate threats to our city.”

The 29-year-old was charged with possession of a firearm by a convicted felon and could be sentenced to as much as 10 years in prison, the release detailed. Authorities also recovered a 9mm Glock 19 handgun when they apprehended Edwards, and a toddler was near the man when officers entered the home, according to the DOJ.

Edwards’ case is being investigated by multiple law enforcement agencies including the Bureau of Alcohol, Tobacco, Firearms and Explosives, the Louisville Metro Police Department, Homeland Security Investigations, the U.S. Marshal Service and the Secret Service, the release detailed.

Unrest has accelerated in Louisville and around the country following a recent grand jury decision to charge only one of three officers involved in the death of Breonna Taylor, who was killed during the execution of a narcotics warrant in March, according to the Louisville Courier Journal.