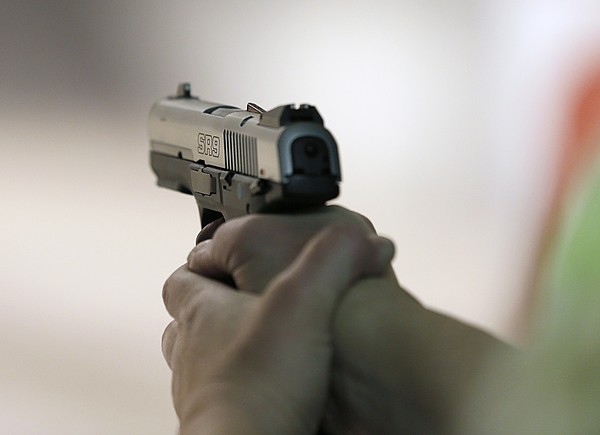 A former employee at Tarrant County College (TCC) is suing after being fired for leaving his handgun on his desk, The Fort Worth Star-Telegram reported Friday.

Matthews had put the handgun near his office’s desk riser and went to the bathroom, according to the court documents. Another employee went into his office when he was in the bathroom, took a picture of the gun and reported it to the human resources department. The handgun wasn’t in view of his office’s main door.

Matthews was put on paid administrative leave and afterwards, Giovannini informed Matthews in a letter that he was fired because of “serious misconduct” and for violating the school district’s policy and “the Concealed Campus Carry Regulations,” according to the court documents.

Matthews was charged in August for showing a handgun on a campus purposefully, court records said, according to The Fort Worth Star-Telegram.

Matthews was not interviewed during the investigation before he was fired, according to the court documents. Giovannini declined his request to reverse the firing, even though Matthews’ boss supported him. Senior Partner Attorney Frank W. Hill of Hill Gilstrap, P.C. is representing Matthews in the lawsuit.

TCC declined to comment to the Daily Caller News Foundation on the matter.

The lawsuit hearing does not have a scheduled date yet because of the coronavirus, but Matthews will be going before the Board of the Tarrant County College District “where he will explain to them why they’re mistaken,” Hill told the DCNF.

“Mr. Matthews is certainly willing to take some reprimand or something of that nature if they believe that he made a mistake. But we think termination of his contract is outrageous, especially when the college district’s own written policy has provision in it saying that an inadvertent violation is to be excused,” Hill continued.

If Matthews gets his job back “in the next several days” and the district admits they were wrong, then they “would probably drop the lawsuit,” but would ask the jury for damages as they see fit if not, Hill told the DCNF.