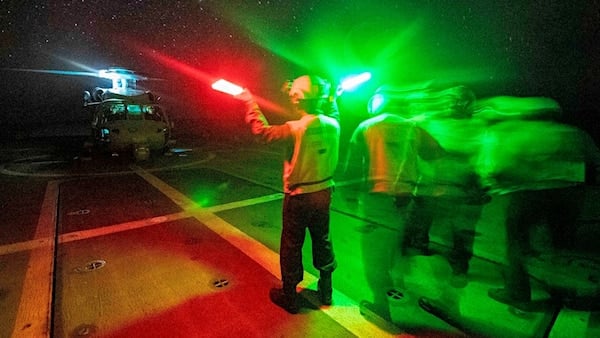 Military suicides have gone up 20% in comparison to the same time last year while the Army active duty suicides specifically have gone up 30%, officials said, according to the Associated Press.

“I can’t say scientifically, but what I can say is – I can read a chart and a graph, and the numbers have gone up in behavioral health related issues,” Army Secretary Ryan McCarthy told the AP during an interview.

Referring to violent behavior, suicides going up and murders, McCarthy added, “We cannot say definitively it is because of COVID. But there is a direct correlation from when COVID started, the numbers actually went up.”

Senior Army leaders told the AP they are trying to shorten combat deployments, which is part of a more general effort to prioritize soldiers’ well-being and their families well-being.

According to the AP, the Army’s number of suicides increased this year from 88 to 114. The Army Guard’s suicide numbers also increased from 78 to 86, or approximately 10%.

Conversely, the Navy’s number is believed to have gone down in 2020, according to the AP. However, as the largest service branch in the military, the Army’s spike in suicides has overshadowed any declines seen in Navy suicide rates.

Military suicides are up as much as 20% amid COVID crisis

Additionally, we lose about 22 Veterans per day to suicide. I hope to get assignments to the Armed Services and Veterans Affairs Committees and will fight for better care of our troops & Vets.https://t.co/yMapmrxAQE

Preliminary data for the first three months of 2020 in comparison to the same period in 2019 said there was a decrease of suicides in the active duty and reserves, according to the AP. The decrease in Navy and Air Force deaths was the reason for the overall suicide decline then, but the number of suicides began to increase in the spring.

“From a suicide perspective, we are on a path to be as bad as last year. And that’s not just an Air Force problem, this is a national problem because COVID adds some additional stressors – a fear of the unknown for certain folks,” Brown continued, according to the AP.

The Army did not immediately respond to the Daily Caller News Foundation’s request for comment.