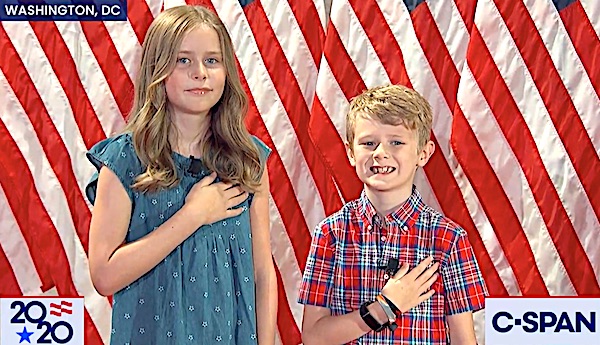 It was just months ago the U.S. Supreme Court said in its Espinoza v. Montana case that governments cannot exclude religious schools from school-choice programs.

So a lawsuit has been filed because a small New Hampshire town, Croydon, is excluding religious schools from a school-choice program.

The complaint on behalf of Dennis and Cathy Griffin is being handled by the Institute for Justice, which is going to state Superior Court to reclaim the civil rights of the couple.

The couple are raising their grandson, Clayton, who is entering the seventh grade. Because the town is so small, it does not operate a middle school and instead pays students' tuition at nearby private or public schools.

But IJ says the Griffins are not eligible for that assistance, because the school they selected for their grandson is 'sectarian' and the state prohibits so-called 'tuitioning towns' from paying tuition to religious schools."

"Earlier this summer, the U.S. Supreme Court made it clear that states cannot exclude religious schools from school choice programs—that includes New Hampshire’s town tuitioning program," said IJ Senior Attorney Tim Keller. "The school the Griffins have chosen for their grandson is qualified to receive funds in every way except that it is religious. Under the recent precedent, that is a clear violation of the First Amendment."

The Espinoza ruling in July was on behalf of a Montana mother fighting over a scholarship program that excluded religious schools.

Chief Justice John Roberts wrote that a state "need not subsidize private education. But once a state decides to do so, it cannot disqualify some private schools solely because they are religious."

"We’ve chosen what we believe is the best school for our grandson," said Dennis Griffin. "It's not fair that we can’t receive the same support that other families in the town receive just because his school is religious. We hope that New Hampshire courts will follow the direction of the U.S. Supreme Court."

The state law appears to conflict with the new precedent. It allows towns that lack public schools for any grade level to pay students' tuition at another school of the parents' choice. But it specifically excludes religious schools.

But in the Montana case, the Supreme Court said such a state provision violated the First Amendment’s Free Exercise Clause because it impermissibly discriminated against religious schools.

"States have to follow the U.S. Supreme Court’s lead and strike down the restrictions on the tuitioning program," said IJ Attorney Kirby West. "New Hampshire is not the only state to exclude religious options and the Institute for Justice will ensure that the Constitution is followed in every state that has established a school choice program."

The case, against the state Department of Education, cites violations of the First Amendment's Free Exercise, Establishment and Free Speech clauses, and the Fourteenth Amendment's Equal Protection and Due Process Clauses.

The complaint explains: "The sectarian exclusion is not neutral with respect to religion and is thus not a law of general applicability. Rather, it discriminates against religion on its face and as applied in that it allows a family whose school district does not operate its own secondary school, and instead pays tuition for students residing in the district to attend the public or private secondary school of the families' choice, to direct their children's tuition payments to private secular schools, but not to private sectarian schools."

It seeks declaratory relief that the sectarian exclusion is unconstitutional and injunctions against enforcement of that limit.