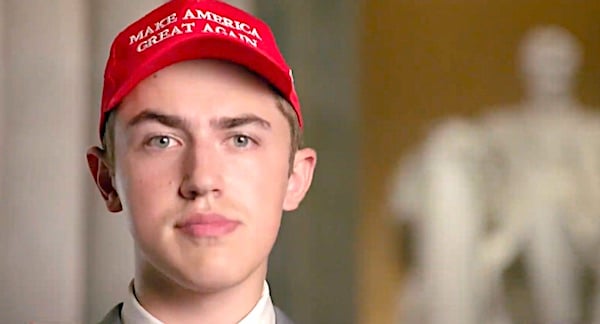 A Transylvania University professor apologized after saying he would “document” Nick Sandmann if he had behavior issues, according to a statement provided to the Daily Caller News Foundation.

Avery Tompkins, Assistant Professor of Sociology and Diversity Scholar at Transylvania University, said in a Facebook comment that he would watch Sandmann for any behavior issues, according to the photos of the Facebook post.

“If he were to cause problems by being disruptive, trolling, or engaging in unethical behavior of any kind, I would immediately document it (just like I would for any student doing the same thing)” Tompkins said, according to the photos.

“I’m interested in knowing why he chose Transy, whose mission is the antithesis of what he believes and promotes,” Tompkins continued, according to the photos. Tompkins also said although he disagreed and criticized Sandmann, “academically qualified students” can’t be refused based on different “political and personal views,” according to the photos.

“I want to apologize for my mistake in singling out a student and any misunderstandings that arose from that. One of my favorite things about working at a liberal arts institution is that our community has diverse perspectives,” Tompkins said in a statement provided to the DCNF Monday.

“Students, faculty and staff are able to engage in civil discourse with those whose views may be different from their own, and to learn about those views in an academic setting. I value and support these conversations,” Tompkins continued. 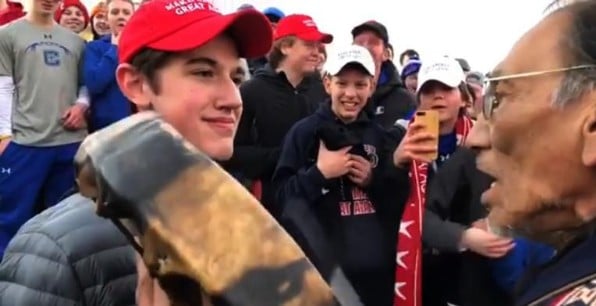 Translyvania University said in a statement provided to the DCNF, “There are two things that, as a university, we are not able to discuss: our students (without their permission) and personnel matters. In response to posts on social media and other websites over the Labor Day weekend, we reiterate that point.”

“A review of the situation will be conducted expeditiously by the appropriate university officials,” the school statement said.

After a video went viral of a confrontation between Sandmann and Nathan Phillips, a Native American man, many media commentators criticized Sandmann. Sandmann was with a group of students from the Covington Catholic High School in Kentucky at the 2019 March For Life at the time of the confrontation.

The ACLU’s Crankshaw alerted people that Nick Sandmann would be attending the college and expressing outrage that the school would admit someone with his opposing views. He warns that this kid is “dangerous” and has no intention to learn. https://t.co/rO9z5dxQNu