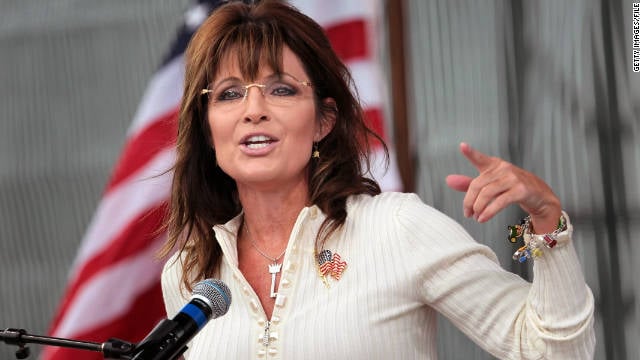 Former Alaska Gov. Sarah Palin threatened on Thursday to challenge Sen. Lisa Murkowski, R-Alaska, in a primary if she doesn't back Trump's nominee to the Supreme Court before the 2020 election.

In an Instragram video shot in front of her Alaska home, Palin tells Murkowski, "Lisa, I can see 2022 from my house," referring to the end of the senator's term, the Daily Wire reported.

"Lisa Murkowski, this is my house. I'm willing to give it up … for the greater good of this country and this great state," Palin says.

Murkowski has backed down from the position she took immediately after the death of Justice Ruth Bader Ginsburg last Friday.

"I can't confirm whether or not I can confirm a nominee when I don't know who the nominee is," she told reporters Tuesday.

Previously, she said: "I did not support taking up a nomination eight months before the 2016 election to fill the vacancy created by the passing of Justice Scalia. We are now even closer to the 2020 election – less than two months out – and I believe the same standard should apply."

In her Instagram video, Palin tells Murkowski to "walk back what you have already committed yourself to."

"You better backtrack. You know, you have already put yourself in this box saying no matter who it is, you’re not going to support the person, not until you have a chance to appoint a judicial nominee under another president instead of this one," Palin says.

Palin's reference to seeing 2020 "from her house" was a riff on the "Saturday Night Live" skit in which Tina Fey portays Palin saying, "I can see Russia from my house."

Palin actually never said that. The line was derived from an ABC News interview in which Palin said, correctly, "They’re our next-door neighbors, and you can actually see Russia from land here in Alaska, from an island in Alaska."