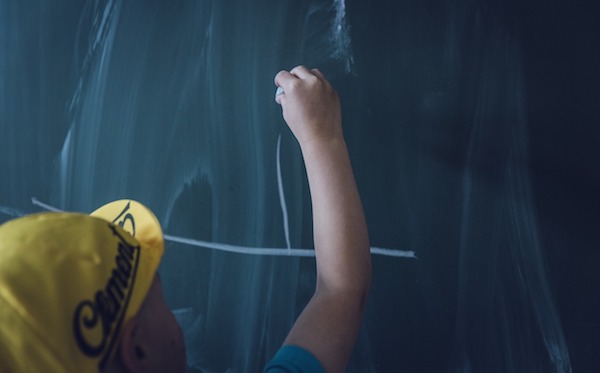 Among the political classes in Washington and the nation’s state capitals, when and how to open public schools has become yet another contentious issue with partisan battle lines and dueling talking points. This is not the case among the voters, however, according to the findings of an eye-opening survey by RealClear Opinion Research.

Registered voted are cautious, to be sure -- and a majority are leery of President Trump’s push to open schools -- but the fault lines are personal, not partisan.

“The American people just want to get this right,” said John Della Volpe, director of the RCP poll. “Nearly half of voters across the political spectrum defer to local health officials, and not Washington, to declare when it’s safe to resume in-person education.”

Led by powerful teachers’ unions and reflexive opposition to Donald Trump, elected Democrats along with a few prominent Republican moderates, have denounced the idea of opening schools as reckless and irresponsible. Using the word “science” as a shillelagh, they insist that the coronavirus pandemic makes it far too dangerous to resume in-person learning.

The president, joined by most Republican governors, counters that keeping children from in-person learning is elitist, unnecessary, and even cruel. They say it puts the kids most in need of education even further behind, and makes if difficult, if notimpossible, for their parents to work. Trump has expressed this view unambiguously.

“OPEN THE SCHOOLS!” he has tweeted.

This difficult dilemma does not fit into a liberal vs. conservative paradigm, according to the poll’s findings. It does show, however, that Americans put a premium on safety: Fewer than one in five believe that schools in the United States should reopen this month with in-person classes.

Perhaps the most striking result is that although there are sharp differences of opinion, they don’t break down along Republican Party and Democratic Party lines. The biggest chasm is between those who have children at home and those who don’t.

The poll is the fifth in a RealClear Opinion Research series delving into the issues on voters’ minds during the 2020 election season. This survey, which entailed interviews with 2,020 registered voters, was conducted Aug. 19-21 as the United States entered its sixth month of the pandemic lockdown and COVID-19 fatalities in the United States surpassed 175,000 (the death toll is now more than 190,000).

The findings include the following:

This poll was also conducted as widespread social unrest roiled American cities, during a presidential election year as Donald Trump and Joe Biden fully joined the debate. When it comes to schools, Trump does not appear to be winning the argument.

Shortly before the polling took place, Trump said schools in hot zones should delay reopening, but that others should fully reopen. If schools in relatively safe areas -- a designation he did not define -- still decline to physically reopen, the president floated the idea of steering $100 billion in federal education funds to parents for private schools, including those operated by religious institutions, or even home
schooling.

For their part, defiant teachers’ unions embraced a series of proposals on the other end of the spectrum. The head of one national teachers union said that schools’ physical reopenings should only take place where the daily community infection rate among those tested is below 5% and the transmission rate is less than 1% -- a pipe dream currently -- threatening that if authorities decide otherwise they are likely to face protests, strikes, and lawsuits.

So where do voters come down? Well, by a margin of 53% to 34%, poll respondents offered the opinion that Trump’s stance is guided more by politics than “the nation’s interest.” By contrast, the poll numbers for union leaders’ position was nearly inverted: 50% say the teachers are motivated by the national  interest with only 32% saying it was most primarily politics.

The Kids Are All Right – or Are They?

That answers to that question – or, at least, adults’ perceptions – depend on their proximity to K-12 students. Parents of students in public schools have markedly lower concerns about the price their children will pay if schools are physically closed for an extended period of time this autumn than registered voters without school-age children.

Asked whether students’ “social and emotional health” will be negatively affected, 46% of parents answered affirmatively. Among non-parents, it was much higher -- 64%.

The same dynamic was true when asked whether their “education this year” will be negatively affected: 58% of voters without children feared this outcome, while only 43% of parents expressed that fear. The same pattern was true regarding “long-term education prospects.” Only 39% of parents expressed that worry, while 58% of non-parents fear long-lasting damage to kids.

And so it went on every question: a family’s mental health, family finances, kids’ physical health. In each case, non-parents had a more dire outlook than parents.

These finding surprised Della Volpe, who initially found them counterintuitive. Isn’t the burden of home schooling and remote learning stressing out parents, who either have to work at home or scramble to find child care? Apparently not as much as had been assumed. One possible answer to this enigma is unflattering to educators: Maybe the schools aren’t doing all that good a job. A more likely explanation is that parents are witnessing first-hand just how resilient their kids are – and are enjoying spending more time with them.

Are You Ready for Some Football?

Moving on to higher education, voters’ attitudes are strikingly similar to their views of K-12 schools. Only 15% believe it’s best for the country to have colleges and universities reopen on time, with on-campus learning. Nearly half (46%) say a case-by-case basis is best, with slightly more than one-third of registered voters saying these institutions should not reopen fully until a vaccine has been developed and made accessible.

Asked about collegiate athletics, a plurality of registered voters (44%) believe that the autumn NCAA Division I sports season should be canceled, with 35% saying that each conference should make its own decision.

These views have potentially fateful financial implications for university administrators beyond the billions of dollars that would be lost by canceling the 2020 college football season. A vast majority of registered American voters -- nearly four out of five -- stated that colleges and universities where students are forced take classes online and cannot not participate in traditional social and extracurricular campus activities should get a break on tuition and fees. Only 15% say they should remain the same.