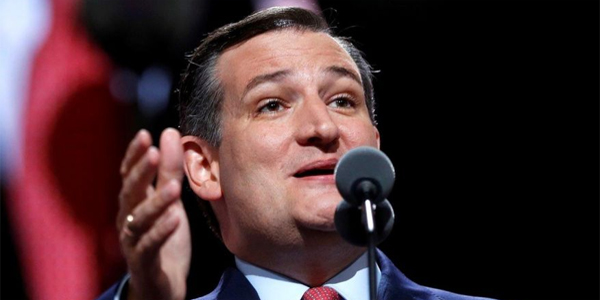 In November, Americans will have a choice: Do we want four more years of a president who has been tough on China and Iran, has forged peaceful relationships in the Middle East, and has stood firm with our allies and strong against our adversaries? Or do we want a president who will take us backward and reinstate the policies of the Obama-Biden administration, which endangered Americans by committing to the catastrophic Obama-Biden Iran Nuclear Deal, entangled the United States in corruption in Ukraine and Russia, and allowed China to take control of vast resources across the globe and even actively worked to send our nuclear technology to the Chinese Communist Party regime?

If the American people want a president who has prioritized their interests by focusing on national security and advancing American interests abroad, President Trump is the right choice.

In the past four years, President Trump has accomplished real policy objectives that for decades politicians liked to talk about, knowing full well they could never take the bold steps necessary to follow through. Moving the American embassy from Tel Aviv to Jerusalem is just one example.

I had the pleasure of leading the fight to move our embassy to the true and eternal capital of Israel. I advocated vigorously with President Trump to take that step, and he did. We opened the American embassy in Jerusalem on the 70th anniversary of the creation of the modern state of Israel, and the move ushered in a new chapter of friendship between our two nations.

This was a change from the Obama-Biden administration, which repeatedly turned its back on Israel and frayed our relationship with a key ally. And earlier this month, we learned that with President Trump’s leadership, a historic agreement on full normalization of relations between Israel and the United Arab Emirates has been reached – a critical milestone in the America’s effort to advance peace in the region and counter Iran.

Further, the Obama-Biden administration authored the catastrophic Iran Nuclear Deal, effectively making the United States the world’s leading financier of radical Islamic terrorism both directly and through hundreds of billions in sanctions relief. Those resources found their way into the hands of terrorists who used it to murder and harass Americans, Israelis, and our European allies.

President Trump had the courage to shred this disastrous deal, and the world is safer because he made such a bold, necessary move. He also ended civil nuclear waivers Iran was receiving and using to build up its nuclear programs, with the intention of eventually developing nuclear weapons to inflict destruction on America and our allies.

And just last week, the Trump administration took additional historic action to restore international sanctions that had been lifted under the Iran deal and to prevent the expiration of the United Nations arms embargo on Iran. The embargo, if lifted, would have allowed China and Russia to sell billions of dollars in weapons to the regime, weapons likely to be used against American interests throughout the Middle East and beyond.

Finally, no president has been tougher on China in my lifetime than President Trump. He has taken the communist Chinese government to task for predatory trade practices that hurt American workers; he has sanctioned China for its takeover of Hong Kong; sanctioned top members of the Chinese Communist Party for putting a million Uighurs in concentration camps; shut down the Chinese consulate in Houston, which operated as a spy hub for the Chinese Communist Party; and when COVID-19 was spreading and Democrats had their heads in the sand, President Trump shut down travel from China and saved American lives.

Joe Biden, meanwhile, helped oversee a time when our nation stood down against the Chinese Communist Party threat. We allowed the party to tighten its stranglehold over its own people, while becoming the chief financial force across much of the world, even as China cheated on trade deals that had been wildly unbalanced to begin with.

Not to mention Russia – in the past four years, the Trump administration has stood up to Russia’s growing influence in Europe, especially when it comes to stopping the construction of Nord Stream 2 pipeline, which would vastly strengthen Russia at the expense of the rest of the free world.

If Biden wins in November, our progress in repairing ties with our allies and standing strong against our adversaries will have been for nothing. A Biden presidency would be beholden to the loudest anti-Semitic, pro-China, pro-Iran voices in the Democratic Party, and a Biden administration would make every effort to undo Trump’s legacy – at the expense of keeping Americans safe.

We have a choice to make this November. Will we continue down our current path – which focuses on protecting Americans here and around the world, and defending our allies – or will we reverse course, emboldening those who are hell-bent on harming America and harming our partners around the world?

We ought to choose wisely. The stakes have never been higher.

Ted Cruz is a United States Senator for the state of Texas.