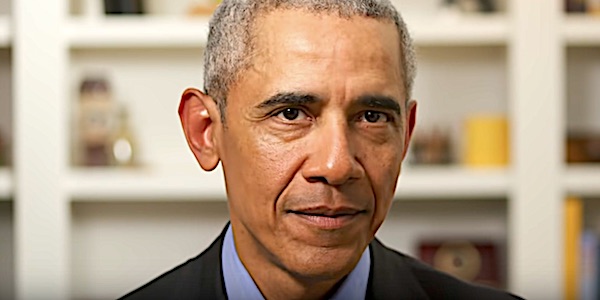 Much of the correspondence between dossier author Christopher Steele and Barack Obama's State Department has been destroyed, reports John Solomon's Just the News.

Steele's primary contact at the State Department during the Obama administration was Jonathan Winer, who destroyed the records, according to a Senate Intelligence Committee report.

Earlier this year, Steele admitted in testimony before a British court that he destroyed nearly all the records of his attempts to find dirt on Donald Trump and Russia.

Many of the more than 100 unsolicited intelligence reports Steele provided the Obama administration were destroyed, the Senate report said.

"I destroyed them, and I basically destroyed all the correspondence I had with him," said Winer.

The report said Winer was act on Steele's request.

After Steele's memos were published by media in January 2017, Steele asked Winer to make note of possessing them then either destroy them or return them to Steele. The concern, Just the News said, was that someone would be able to reconstruct Steele's source network.

The committee noted it found many of Steele's reports from certain periods were missing.

The missing documents "create an evidentiary hole in the story of Steele's extensive contact at the Obama State Department, where he delivered through Winer a total of 120 reports on Russia and Ukraine policy matters that reached as high as Assistant Secretary of State Victoria Nuland and Secretary of State John Kerry," the report said.

Steele's collaboration with Winer apparently begane in 2013 when he offered him copies of memos he had written for clients on Russian and Ukrainian politics, economics and security.

Winer showed them to Nuland, who shared with them with her supervisor.

Winer said Nuland liked the reports: "She said, these are good reports; they're valuable; keep them coming."

Nuland eventually told the committee she found them to be 70% or 75% "accurate, credible."

Just the News, however, noted the content of the reports "and extent of Steele's access to the department are taking on new significance now that declassified evidence shows Steele worked with several Russian oligarchs and was the recipient of Russian Intelligence Services disinformation in his anti-Trump dossier."

"In addition, State knew that Steele was producing the intelligence reports on behalf of foreign clients, whom he did not identify, which raises concerns among experts of injecting foreign influence into the State Department."

Kevin Brock, a former FBI intelligence expert, said it "looks like Steele was a foreign influence operation, whether witting or unwitting."

"He was injecting information from Russia, Ukraine, or whoever was feeding him or paying him."

Winer also provided Steele with information from two of Hillary Clinton's associates and played a role in distributing Steele's claims in the State Department.