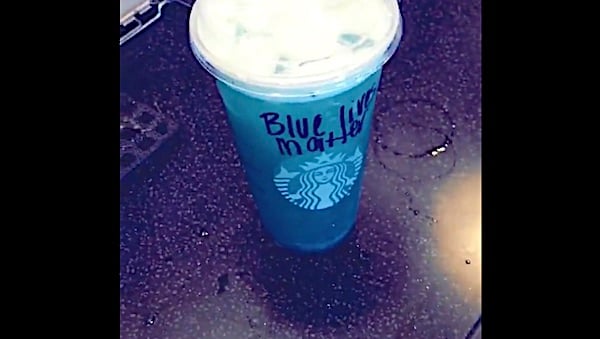 In a shocking video posted on TikTok, a barista shows how to mix up a poisonous drink for law-enforcement officers.

Its main ingredient, she says, is bleach.

@Starbucks Is this acceptable to be poisoning people or even joking about poisoning people? Please take appropriate action and fire this gentleman! pic.twitter.com/spyzKVfsYW

The independent NOQReport reported the barista is teaching "how to make poisonous 'Blue Lives Matter' drinks."

"Pranks have turned more and more deadly in recent months as many, in particular radical leftist youths and young adults, have started ramping up efforts to engage in full-blown murder. Law enforcement officers are often their targets, as was the case with a barista who made a video showing how to put together a poisonous 'Blue Lives Matter' drink," the report said.

"The barista, identified as Van Greyson Hart, is seen in the video demonstrating how to mix a lethal dose of bleach with other ingredients to make it look like a standard Starbucks drink. According to Starbucks, the Target in which Hart works is licensing the brand and directly employs Hart."

The report said the video was deleted from TikTok, but nothing on the web ever disappears entirely.

Townhall reporter Beth Baumann said the Starbucks is in a Target in Indianapolis.

Hi guys, I updated my recipe for the Blue Lives Matter drinks. First we’re gonna start with bleach, all the way to the third line. Then we’re gonna add ice because, you know, cops love ice. We add more bleach, a little blood of innocent black men. And then we add this special blue ingredient that Starbucks has. We do have it and yes, we are holding out on you."

Starbucks confirmed the employee is paid by Target.

Target told Townhall the video is "appalling and unacceptable."

"We don't tolerate this behavior at Target, want all guests to be treated with respect and have terminated the team member who was responsible," the company statement said.