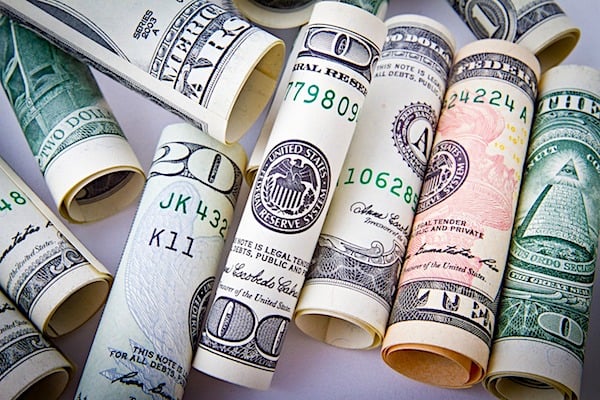 The Michigan Supreme Court recently ruled that a county illegally took a man's home over $8.41 in back taxes, sold it and kept all the proceeds.

Now the U.S. Supreme Court has been asked to intervene in a similar case in Omaha, Nebraska.

The Pacific Legal Foundation is asking the court to reverse a decision that cost Walter Barnette the entire value of his residential lot. He had fallen on hard times and was unable for a time to pay property taxes on the lot, estimated to be worth about $25,000.

According to PLF, to settle his $986 debt, the county sold a tax lien on the property to a private investor, commissioning the investor with providing Barnette with notification guaranteed by law.

The investor sent a certified letter to Barnette's address in Council Bluffs, Iowa, but he was not present and the system returned the mail to the investor.

Then the investor placed an ad in the tiny Sarpy County newspaper giving Barnette notice.

"But Barnette is owed due process, and Supreme Court precedent makes it clear that that the government cannot deprive a person of property without proper notice. Sending a regular letter or picking up the phone would have been far more effective than publishing a notice in an obscure newspaper," the foundation explained.

"The consequences of inadequate notice of tax foreclosure are often devastating in states like Nebraska that take the full value of property, no matter how small the tax debt," said Christina Martin, a senior attorney at Pacific Legal Foundation, which represents Barnette.

"It was unconstitutional for government to take Barnette’s acre of land — worth $25,000 — as payment for $1,700 in taxes, penalties, interest, and costs. When consequences are that devastating, the government must ensure better notice than a failed attempt at certified mail and publication in a weekly newspaper. If you are late on your internet bill, you get far more notice, including letters, text messages, and phone calls.

"We hope the U.S. Supreme Court takes Walter’s case and sends a clear message to Nebraska and all states that Americans must receive adequate notice before government forecloses and gives a windfall to other private parties."

The investor, the filing explained, "stood to profit more by taking title to the property than by receiving payment for the debt," sent the letter, which was unclaimed, and then published a notice in the newspaper.

Then the investor "took no other steps to notify Barnette," and the lower courts said that satisfied due process.

The controlling state law provides that if the mailed notice is returned, "the state must take additional reasonable steps to attempt to provide notice to the property owner before selling his property, if it is practicable to do so."

The Fourth Amendment states, "No state shall … deprive any persons of life, liberty, or property, without due process of law."

The foundation said it is fighting "home equity theft" in multiple states. And one recent victory now has officials in the state of Michigan worried.

It's because the state's highest court ruled against the legal procedure that governments in the state would use to take property for back taxes and keep the entire proceeds.

That's because property now has been seized from more than 100,000 homeowners in the state.

Fox News reports officials in Oakland County, Michigan, are criticizing Treasurer Andrew Meisner for his handling of the case of Uri Rafaeli, a retiree in his 80s who owed a mere $8.41 in back taxes.

The Oakland commissioners told Meisner they are concerned about what the county now may owe and to whom, and they have commissioned a special investigative committee to look into the forfeiture practices.

"It appears your actions as treasurer to foreclose on an Oakland County retiree's property for $8.41 has exposed the county to serious risk," they told Meisner.

The commissioners are David Woodward, Mike Gingell and Helen Zack.

Fox News reported the law, Act 123 of 1999, was "meant to speed up the redevelopment of blighted properties amid Michigan’s economic woes, but critics of the statute say it has allowed county officials to act as debt collectors and line their coffers by retaining the excess revenue made by selling houses with unpaid property taxes – no matter how paltry the debt."

The court ruling said the county was allowed the seize the property and sell it for the taxes, but it had to give back to Rafaeli any money beyond what was owed.

"Defendants were required to return the surplus proceeds to plaintiffs, and defendants' failure to do so constituted a government taking under the Michigan Constitution entitling plaintiffs to just compensation," Justice Brian Zahra wrote in the 6-1 decision.

County officials across the state now are concerned there will be more litigation from residents who had their property taken and sold, especially if there was any significant amount of money left over after taxes were paid.

Lawyers for the county argued that compensating all homeowners in similar situations could cost $2 billion.