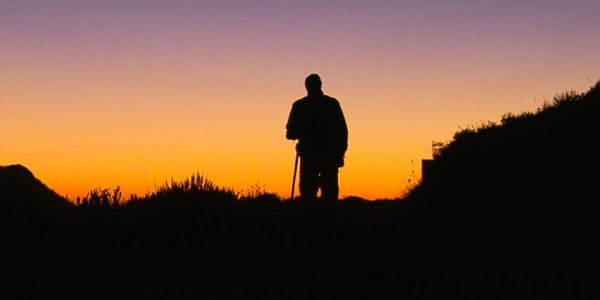 For ecologically minded landowners, land conservation easements have long been a win-win, allowing them to protect sensitive property from development and get a tax break. But in recent years many of them have also become abusive tax dodges, costing the U.S. Treasury billions of dollars.

Here’s how they work: Speculators buy undeveloped land that qualifies for the program. They then inflate the valuation of the property and sell shares in it to investors lured by the promise of a big deduction after the land is donated for preservation. More than 30,000 Americans have invested in these limited partnerships, many of whom are unaware of the potential tax penalties.

The total amount of deductions claimed by taxpayers using these vehicles over the years is believed to exceed $230 billion, according to documents from the Senate Finance Committee. That total is nearly the amount the federal government annually spends on the combined budgets of the Education, Health and Human Services and Veterans Affairs departments.

The owner of a small San Francisco-area tech firm told RealClearInvestigations that he was sold $300,000 in easement interests in 2016 and 2017 by an investment adviser. He was “guaranteed” that for every dollar he invested, he would receive $4 in tax write-offs. At the time, though, he was unaware the IRS and U.S. Tax Court were challenging the deductions. After an audit by state and federal tax agents, he was fined $1.4 million in penalties and back taxes.

“I’ve always been conservative about my taxes,” said the man, who insisted on anonymity. The syndicated easement interests “were an outright scam. Tax authorities audited every aspect of my life, which caused me a great deal of stress and many sleepless nights. I feel cheated.”

The practice has triggered major enforcement actions by the IRS and other agencies. The IRS created a special task force late last year to crack down on the abuse, which is an extraordinary measure given its shrinking enforcement budget in recent years.

Conservation easements are longstanding and popular tax incentives. Some 56 million acres are “protected” through easements, although the total has included questionable donations for farms, resorts, and golf courses -- including Trump National Golf Club Los Angeles. An expanded write-off for these easements was added to the U.S. tax code nearly 40 years ago.

Tax experts believe most of these lands, especially those held directly by private individuals, are appraised fairly. They also say that the charities that receive properties are not involved in appraising the land or confirming the stated value.

“Most conservation easements are done for legitimate purposes,” says Lori Faeth, spokesperson for the Land Trust Alliance, which represents conservation groups that employ environmental easements. “The vast majority of them are done for the right reasons. There are relatively small number of bad actors, although the abuses are stunning.”

“Syndicated conservation easements are like a land mine in an investor’s portfolio,” said Joshua Kons, a Hartford, Conn.-based lawyer representing investors nationwide stung by the broker-sold easement investments. The harm occurs “because once an audit is triggered, the financial damage to the investor is far greater than the amount of the initial investment itself.”

Kons estimates that thousands of investors who bought the packages may owe “tens of billions” in unpaid taxes and penalties.

“The investors may not even get final notice [from the IRS] of the disallowance until later in time," well after an audit begins, Kons added. “The tax matters partners” – that is, packagers of the easement vehicles – “usually say, `We are being audited, but don’t worry, we disagree and will fight it.’”

The easement abuses have also attracted the attention of Congress. A recent report by the Senate Committee on Finance found that they “involve land valuations that appear so inflated above their original purchase prices that they cannot reasonably be characterized as anything other than abusive tax shelters.”

In a rare, bipartisan agreement, Republican committee Chairman Chuck Grassley and ranking Democratic member Ron Wyden joined forces. “This is part of a larger pattern of wealthy tax cheats ripping off the American people because they know they can get away with it after years of cuts to the IRS budget,” said Wyden.

More than 20 companies that sell the easement vehicles were being probed in the Senate report and by the IRS, requiring review of hundreds of thousands of pages of documents. In a lawsuit filed earlier this year against one of them, the Atlanta-based conservation easement syndicator EcoVest, the U.S. Department of Justice alleged that the company and others selling the easement packages were not telling the truth about the true taxable value of the investments, causing clients to take “improper and grossly overvalued federal tax deductions.”

EcoVest denied wrongdoing and defended its practices. Robert McCullough, the firm’s chief financial officer, told Bloomberg Tax that it has worked with broker-dealers and financial advisers “who know that the DOJ allegations are false, and so EcoVest’s business has continued.” When the company was first marketing the easement vehicles, it even provided spreadsheets for investors to determine how much they would receive in tax benefits. EcoVest did not respond to RCI’s request for a comment.

The easement packages are sold as interests in complex, pass-through entities such as limited partnerships with the promise of large write-offs that offer up to nine times the initial investment. Although some 60 brokers of these partnerships have warned investors that the IRS views them unfavorably, they have sold them anyway. It’s highly suspect that any legitimate investment will double your return quickly, so the promised performance of syndicated easements has raised hackles among under-resourced regulators for years.

A 2017 Brookings Institution study observed: “This obscure tax provision has proved difficult to enforce. Some donors abuse the provision by applying grossly inflated appraisals [of their property] to the value of the easement to increase their charitable deduction or by taking donations for their easement that do not fulfill bona fide conservation purposes.”

Combining conservation and outsized tax write-offs, however, proved to be a powerful marketing formula: When brokers started to promote easement vehicles that syndicated the deductions, the amount of write-offs diverting income from the U.S. Treasury tripled from about $1 billion to $3 billion from 2012 to 2014 alone, according to IRS figures. The current amount of questionable easement deductions is believed to be at least 10 times that number, noted the Land Trust Alliance.

Brokers and other sellers also profited handsomely from selling the syndicated vehicles: One investor offering noted compensation (expenses and fees) to selling firms of 6.5%, which is highly profitable. In contrast, you can buy a tax-free, exchange-traded fund and pay as little as 0.07% annually for annual expenses, often paying little or no commission. The national marketing network of these vehicles involved more than 1,500 accountants, attorneys, financial advisers, real estate brokers and appraisers and wealth managers.

Again, although easement deductions – when done properly – are legal, the syndicated bundles that package overly generous write-offs for other investors flaunt the tax code. The IRS calls them “listed transactions,” which marks them as tax-avoidance schemes that can target taxpayers for audits and enforcement actions.

These vehicles are now among the 10-most litigated tax schemes. “There’s no reason a financial adviser should’ve sold these vehicles,” says attorney Kons. “They put their clients in harm’s way. I think the strongest liability cases are those where the investment was after October 30, 2016.”

Yet with a generous tax break that Congress has expanded over the years for practicing environmental virtue comes attendant abuses. An IRS crackdown has resulted in a relatively small number of cases. The agency also has taken hundreds of investors to tax court, recently reaching a settlement forcing them to pay penalties and back taxes.

The easement promotions even made the IRS’s list of most egregious tax scams in 2019, joining its “Dirty Dozen.” But due to cuts in the agency’s funding in past decades, the IRS was unable to keep up with tracking and shutting down the scams.

In its easements report, the Senate Finance Committee urged “Congress, the IRS and the Treasury Department to take further action to preserve the integrity of the conservation-easement tax deduction.” One law curtailing the abuses has been proposed, although it’s not known whether Congress will take it up this year.

Sen. Grassley added: “The American tax system relies on fairness and good faith compliance. This isn't a partisan issue. Serious, fair enforcement of our tax laws is the best way to preserve that system and uphold our understanding that the law applies equally to all of us.”