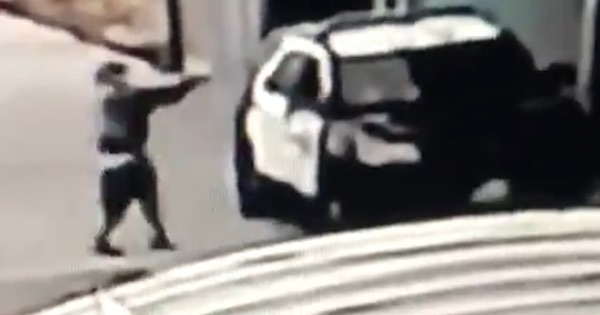 The Los Angeles Sheriff’s Department transit services bureau announced Sunday on Twitter that the president called the injured law enforcement personnel to “wish them a speedy recovery” and ensure the shooter will be brought to justice.

“So grateful 4 the kindness & support from all over the world shown to our deputies. This week @realDonaldTrump called our heroes 2 check on them, wish them a speedy recovery & assure them the coward who att. 2 murder them WILL be brought 2 justice!,” the department wrote in a tweet.

So grateful 4 the kindness & support from all over the world shown to our deputies. This week @realDonaldTrump called our heroes 2 check on them, wish them a speedy recovery & assure them the coward who att. 2 murder them WILL be brought 2 justice! (1/2) pic.twitter.com/a81gEMVrgr

Photos released by the department show the female deputy in a hospital gown with multiple casts and her husband by her side. She was reportedly unable to speak and another deputy relayed her response to the president, a subsequent tweet detailed.

Pics are of our heroine & her hubby. Although she is unable 2 speak, her responses 2 @POTUS were relayed via @TransitLASD Sgt Frederickson. It’s a long road ahead, but they’ll be back!! (2/2) pic.twitter.com/cxcQBmlabR

The two deputies were riddled with bullets while sitting in a patrol car on Sept. 13, according to an LASD bulletin. Both public servants were shot in the face and limbs but were declared to be in stable condition shortly after the attack, according to ABC 7.

Update: The gunman walked up on the deputies and opened fire without warning or provocation. pic.twitter.com/cBQjyKkoxJ

The suspect, who has yet to be identified by law enforcement, is described as a black male between the ages of 28 and 30, according to the bulletin.

We at @LASDHQ would like to offer our sincerest appreciation for the overwhelming support being offered from all over the Nation.

We also wish to thank @LACountyBOS for sponsoring the $100K reward for the arrest and conviction of this coward.https://t.co/6NJPRJ0r4w pic.twitter.com/w3WxdDNz31