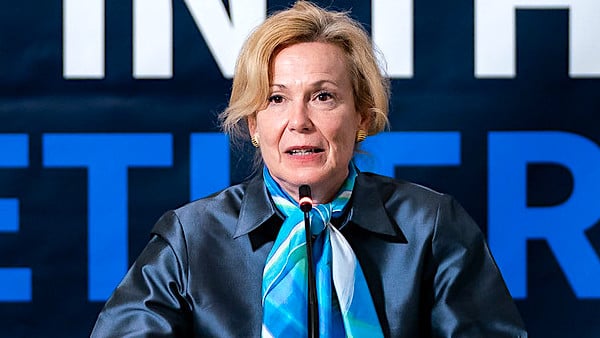 American voters’ trust in the national media and the Centers for Disease Control and Prevention to provide accurate information about the coronavirus pandemic has plummeted since March, according to a CBS poll published Sunday.

Roughly 54% of voters trust the CDC for reliable information about the virus, a 30 percentage point drop from March, when 86% of voters said the same thing, the CBS poll showed. Fewer voters also trust the national media to provide good information about coronavirus, or COVID, according to the poll, which was conducted between Sept. 2-4 and sampled 2,493 registered voters nationwide.

The virus originated in Wuhan, China, in December before spreading to the United States, where it has reportedly killed more than 188,000 people, according to data from John Hopkins University.

Former Vice President Joe Biden is trusted more than President Donald Trump to deliver on a safe vaccine, the CBS polls showed. Roughly 47% of voters polled trust the Democratic Party’s presidential nominee over the president (34%) to provide them a reliable vaccine, according to CBS.

The poll, which carries a plus or minus 2.4 point margin of error, also showed trust in Trump’s ability to relay good information about the virus is falling, though by a smaller amount than trust in either the media and CDC. About 40% of voters polled trust the president on pandemic information, marking a drop of 6 percentage points since March, when 46% of voters said they trusted what Trump said on the virus.

More voters trust the president than they do the media, with only 35% of voters saying the media’s pandemic coverage is trustworthy, down from 45% in March, the poll showed.

A previous poll indicated that Americans have grown skeptical of how the CDC counts deaths from the virus.

Only 16% of Republicans said the number is more than what is being reported, while more than 60% of Democrats said the same, according to the Axios poll.