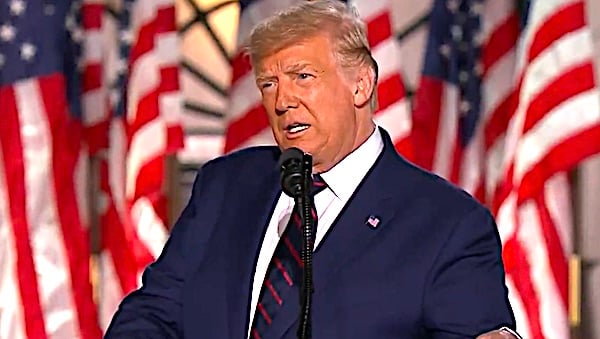 President Trump is to blame for Joe Biden's weakening support from Hispanics, according to a Washington Post columnist.

"Democrats have started to worry about polls that show former vice president Joe Biden doing worse among Hispanic voters than Hillary Clinton did in 2016," wrote Henry Olsen. "Most punditry ascribes that to Biden’s presumed weakness. The data, though, suggest President Trump’s own appeal is the cause."

"There’s some evidence that it did in 2016.," Olsen wrote. "Trump fared worse among Hispanic voters than did 2012 Republican nominee Mitt Romney in Florida and California, which together made up more than a third of the U.S. Hispanic population. Trump did better than Romney, however, in many other states, and the national exit poll found that he lost among Hispanics by only 38 points, compared with Romney’s 44-point deficit."

But now, Biden's failure to garner support must be blamed on Trump.

Opinion: Biden’s weakness among Hispanics is not his fault. It’s Trump’s. https://t.co/2EceqR2yzV

A Twitchy blogger wrote, "If you only pay attention to the media, President Trump is to blame for everything -- even the shortcomings of other candidates."

Another Twitter user said: "Well, let's be fair. Biden deserves some credit for being a horrible candidate."

Man finds rare purple pearl in his clam at restaurant