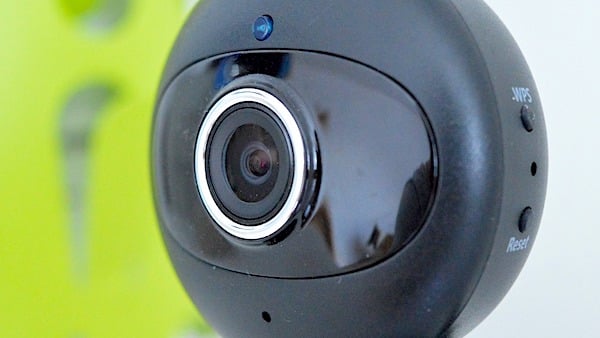 Ten men who tricked dozens of children into performing "sexually explicit" acts on live-streaming video apps have been sentenced to prison for long terms, according to the Department of Justice.

"While pretending to be minor boys and girls, the defendants streamed pre-recorded videos of other underage minors engaging in similar conduct to the targeted victims in an effort to get the minors to believe they were watching a live video of someone their own age," the DOJ explained.

Among the apps they used were Live.Me, YouNow and Snapchat.

"The victims were unaware that they were communicating with adult men who were recording their sexually explicit activity. After successfully recording a victim, the defendants shared the sexually explicit videos with each other by uploading the files to file-storage sites and placing a link to download the file on a section of their members-only chatroom. To date, 172 minor victims have been positively identified," the government department said.

Most pleaded guilty, others were convicted at trial. Most have been ordered to be supervised for the rest of their lives once their sentences are concluded.

The child pornography and conspiracy cases were announced by Acting Assistant Attorney General Brian Rabbitt of the Justice Department’s Criminal Division and U.S. Attorney William M. McSwain of the Eastern District of Pennsylvania.

Case documents explained that from November 2016 to July 2018, the defendants and other co-conspirators outside of the United States utilized chatrooms on the online service "Discord" – an application designed for online gaming communities that allows users to engage in text chat and share images and videos – to produce and exchange child pornography.

"These chatrooms were accessed by invitation only. Those who gained access to the chatrooms actively worked together to identify social media platforms and profiles of minor females, including girls as young as 10 years old, and strategized regarding how to convince the children to engage in sexually explicit activity via live web camera. The group targeted live-streaming video chat applications such as Live.Me, Periscope, YouNow, Kik, Musically and Snapchat to target and entice the minors to engage in sexually explicit conduct," prosecutors said.

"The defendants collaborated in a sophisticated conspiracy to deceive, manipulate, and extort hundreds of unsuspecting and vulnerable children, tricking them into creating sexually explicit content by posing as their peers on live-streaming video chat applications," said Rabbitt. "These significant sentences reflect the Department’s commitment to uncovering such nefarious schemes and protecting our most innocent from exploitation by online predators."

U.S. Attorney William McSwain for the Eastern District of Pennsylvania said: "These men shrouded their true identities in the anonymity of the internet and presented themselves as their victims’ peers in order to gain these children’s trust and exploit them sexually. The lengthy sentences handed out for this despicable behavior will not restore the innocence lost, but they do send a strong message that my office will find and prosecute child predators, no matter where they lurk."

Special Agent in Charge Michael J. Driscoll of the FBI’s Philadelphia Division said that in order "to ensure themselves a steady supply of new child pornography, these predators conspired to befriend, manipulate, and sexually exploit scores of minors online."

"The defendants thought they could hide behind fake names and handles and continue their violations with impunity. The FBI is proud to have fully unmasked them, shut them down, and brought them to justice," he said.

The prosecution was part of Project Safe Childhood, a nationwide initiative to combat the growing epidemic of child sexual exploitation and abuse, launched in May 2006 by the Department of Justice.