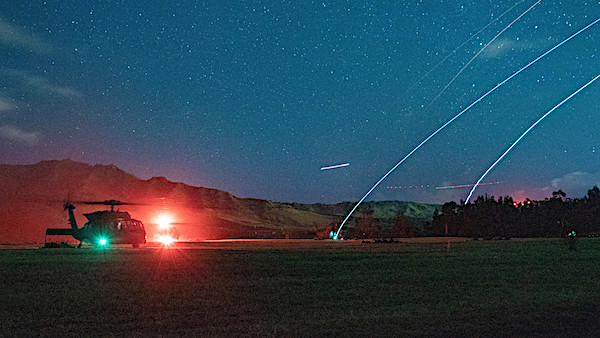 During this election season, there is much discussion around the increasing polarization of the American electorate. While these conversations can seem overwrought, there is clear data showing an increasing divide on issues like race relations and the economy.

However, on foreign policy, the American people are more united.  There is an increasingly shared belief across party lines that the United States needs to end its endless wars and adventurism abroad. Based on a bevy of recent polls and research, American voters will likely reward candidates who support foreign policy restraint, while punishing those who advocate for the maintenance of a failed status quo.

For most of the post-9/11 era, the conventional wisdom reinforced by the political pundits and the consultant class was that foreign policy hawkishness was a political strength. Even politicians such as President Barack Obama, who owed part of his political success to opposing the Iraq War, still felt the need to show hawkishness regarding other military conflicts.

The perceived political incentives contributed to Obama ignoring the lessons of the Iraq War and initiating the disastrous intervention in Libya in 2011, along with the failed surge of American forces in Afghanistan from 2009-2012. A lack of significant political accountability by Republicans — who only seemed to try to “out-hawk” Obama — in the 2012 election for these failures reinforced the notion that support for primacy abroad was the politically safe position.

That conventional wisdom reigned into the early days of the 2016 election, but was shattered by two candidates, one during each major party’s primaries. In the Democratic primary, Sen. Bernie Sanders gave the presumptive nominee, Secretary of State Hillary Clinton, an unexpectedly strong challenge. Sanders has been a consistent critic of American foreign policy in the Middle East, while Clinton supported the Iraq War and the overthrow of Moammar Gadhafi in Libya. While Sanders did not make foreign policy the centerpiece of his campaign in 2016, his record on those issues further strengthened his appeal with the progressive left, which is traditionally wary of military intervention.

More so than Sanders, Donald Trump completely upended the conventional wisdom around what a candidate needed to say on foreign policy to win. During the 2016 Republican primary, Trump frequently and aggressively criticized America’s wars in the Middle East. During a primary debate in South Carolina, Trump excoriated former President George W. Bush for invading Iraq, and for his administration’s lies about the threat posed by Saddam Hussein. Prominent Republican pundits criticized Trump’s remarks and claimed that his comments would hurt his chances in South Carolina, a state heavily populated by military service members and veterans who were thought to be more hawkish.

Yet Trump easily won the South Carolina primary and the Republican nomination. During the general election, while by no means portraying himself as a dove, Trump would continue his criticism of the wars in Iraq and Afghanistan while tying Clinton to America’s broader failures in the Middle East. This messaging likely played a key role in Trump’s 2016 general election victory. According to research conducted by two political scientists following the 2016 election, Trump’s perception as the less interventionist candidate among voters in Michigan, Pennsylvania, and Wisconsin likely drove his victory in those critical states.

Since the 2016 election, the American public’s desire for more foreign policy restraint has grown, especially in the wake of the COVID-19 pandemic.

Polling conducted in July by YouGov and commissioned by the Charles Koch Institute showed that 76 percent of Americans want to bring our troops home from Afghanistan, and 74 percent want to bring our troops home from Iraq — an increase of 7 percent and 6 percent respectively in the same poll from January 2020. The same poll also found that 75 percent of Americans believe we should prioritize domestic issues over foreign policy issues.

A polling project conducted by the Eurasia Group Foundation in August also found that Americans are increasingly rejecting military intervention abroad.  This poll found a majority of self-identified Trump and Biden voters (along with voters who support neither candidate) support negotiating directly with foreign adversaries to avoid military conflict. Consistent with this finding, the poll found that Trump and Biden voters alike support the U.S.-Taliban agreement mandating a full American withdrawal from Afghanistan. Additionally, the poll showed that a majority of Americans oppose a new conflict with Iran.

In April of this year, polling conducted by Concerned Veterans for America found that nearly three-fourths of veterans and military families support an end to the wars in Afghanistan and Iraq, along with less military engagement abroad. Considering that swing states like Arizona, Florida, and North Carolina have larger than average veteran and active duty military populations, this demographic that is becoming increasingly wary of endless war could play a key role in the outcome of the 2020 election.

The message to candidates up and down the ballot is clear: Reject foreign policy restraint at your own political peril. Ending our endless wars and pursuing less adventurism abroad is good policy and good politics. Hopefully, this reality will be absorbed by more policymakers and will lead to fewer of them supporting unnecessary wars for the sake of political expediency.

Dan Caldwell is the foreign policy campaign manager for Stand Together and a senior adviser to Concerned Veterans for America. He is also a veteran of the Iraq War. The views expressed are the author's own.