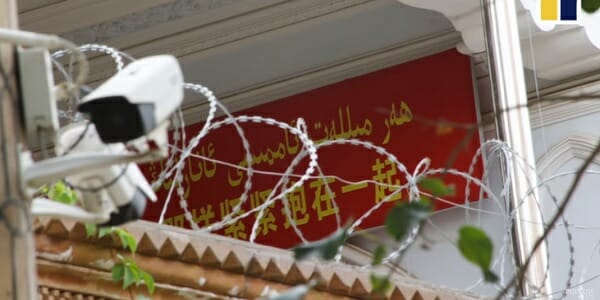 A coalition of 39 nations has released a statement at the United Nations calling on China to respect human rights, condemning its use of concentration camps for minorities.

The online Bitter Winter publication, which focuses on human rights abuses in China, reported this week that "the wind" is changing for the Chinese Communist Party.

The joint statement was delivered by Christoph Heusgen, ambassador from Germany, to the Third Committee General Debate.

"We are gravely concerned about the human rights situation in Xinjiang and the recent developments in Hong Kong," the statement said. "In June 2020, 50 U.N. Special Procedures mandate holders issued an exceptional letter of concern, calling on the People’s Republic of China to respect human rights. We share their grave concerns. We call on China to respect human rights, particularly the rights of persons belonging to religious and ethnic minorities, especially in Xinjiang and Tibet."

Further, the nations are concerned about China's "large network of 'political re-education' camps" about which there are "credible reports" that more than a million people have been detained.

China also severely restricts "freedom of religion or belief and the freedoms of movement, association, and expression as well as on Uyghur culture."

"Widespread surveillance disproportionately continues to target Uyghurs and other minorities and more reports are emerging of forced labor and forced birth control including sterilization."

The statement said the nations also "share concerns expressed separately by a group of U.N. experts that a number of provisions in the Hong Kong National Security Law do not conform to China's international legal obligations."

"We have deep concerns about elements of the National Security Law that allow for certain cases to be transferred for prosecution to the Chinese mainland. We urge the relevant authorities to guarantee the rights which are protected under the ICCPR (International Covenant on Civil and Political Rights) and the Sino-British Joint Declaration, including freedoms of speech, the press and assembly."

One action would be to allow independent observers access to documentation of China's actions, the statement said.

Bitter Winter reported many of the nations that signed the statement did not support previous similar statements.

"Perhaps the much-maligned recent trip throughout Europe of U.S. Secretary of State Mike Pompeo did give some fruit after all," the report said.

The statement expresses concern about those who flee persecution in China and seek asylum abroad.

All countries in the world, the 39 nations said, should "respect the principle of non-refoulement," which means refugees from China should not be sent back to a country where they will be detained and persecuted.