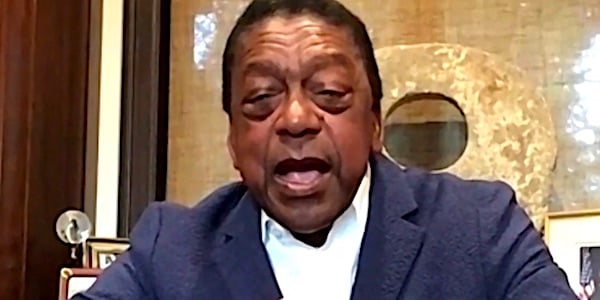 Asked whether he would endorse President Trump, Black Entertainment Television founder Robert Johnson said Wednesday he will stick with the current president rather than take a chance on how Biden might govern.

"Where I come out as a businessman, I will take the devil I know over the devil I don't know anytime of the week," he said in an interview Wednesday with CNBC.

"I absolutely do not know what a President Biden would do," he continued. "I haven't heard anything coherent about what he said he'd do."

Johnson noted that blacks have consistently voted about 90% for Democrats.

"But if we don't get clear and concise direction on the benefit of changing courses at this time -- again, I am speaking as a business person -- I would rather know who I am going to deal with in the White House," he said.