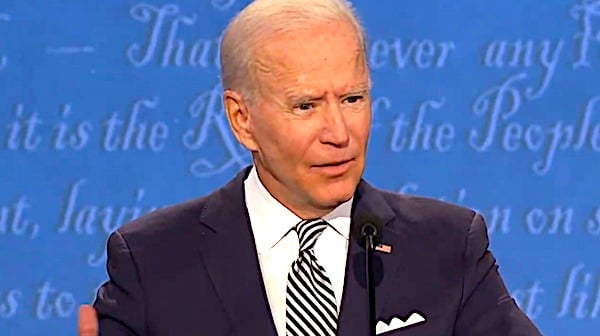 If Joe Biden is elected president, his proposed tax plan will increase the combined statutory rate in California to 62% for people making more than $400,000, the highest rate in three decades, according to a tax group.

The Tax Foundation, a low-tax advocacy group, said that in New Jersey, the combined statutory rates would also likely be above 60% for those earning more than $1 million, and about 58.2% in New York City, DailyMail.com reported.

Already, rapper 50 Cent has reacted to the news, announcing he will vote for President Trump because he doesn't want to become "20 Cent."

The statutory tax rate, DailyMail.com explained, is the rate on taxable income within a particular tax bracket while the effective tax rate is the percentage of income actually paid, taking into account deductions and exemptions.

Biden also proposes a payroll tax of 12.4% on salaries over $400,000 that would be split between the employer and the employee.

The Tax Foundation points out such increases often are passed on to the employee. It that happens, the group says, the top combined statutory rates might soar to more than 65% in California, 62.9% in New Jersey and 64.7% in New York.

WND noted in June that when a Democratic former vice president running against a tax-cutting Republican incumbent vowed to the American people that, if elected, he would raise their taxes, it didn't turn out well for the Democrat.

At a virtual event in June, Biden told potential donors he would end most of President Trump's multitrillion-dollar tax cuts, even though "a lot of you may not like that."

Biden said that prior to the coronavirus lockdown, Trump's "irresponsible sugar-high tax cuts had already pushed us into a trillion-dollar deficit."