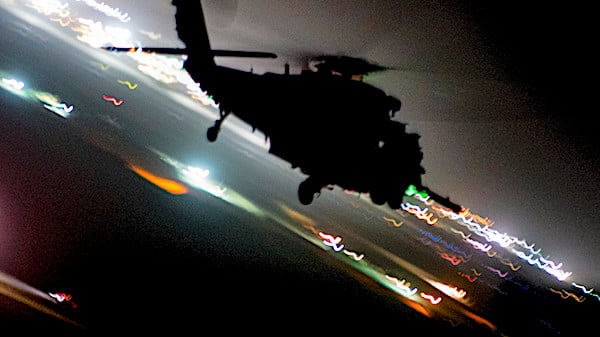 An American who was working as a contractor on a U.S. military base in Kandahar, Afghanistan, has pleaded guilty to taking part in a theft ring.

According to the Department of Justice, Varita V. Quincy, 35, of Snellville, Georgia, pleaded guilty to a count of conspiracy to defraud the U.S. and one count of making false official statements.

Quincy admitted that between April 2015 and July 2015 she, Larry J. Green of Chesapeake, Virginia, and others conspired to steal, and did steal, equipment and property worth about $300,000 while working for a government contractor operating on Kandahar Airfield in Kandahar, Afghanistan.

She was an office supervisor and issued security badges to people to move things off the base.

"Quincy admitted that as part of the conspiracy, Green identified items of value to steal, such as vehicles, generators, refrigerators, and other equipment," the DOJ said. "Green negotiated the sale of those items with persons outside of the installation. Quincy then facilitated the thefts by creating false official documents, or instructing those she supervised to prepare such documents, to facilitate the entry of unknown and unvetted Afghan nationals and their vehicles on to the military installation to remove the stolen property."

Quincy shared in the profits from the scheme.

Green pleaded guilty in July to conspiracy regarding the theft of property.