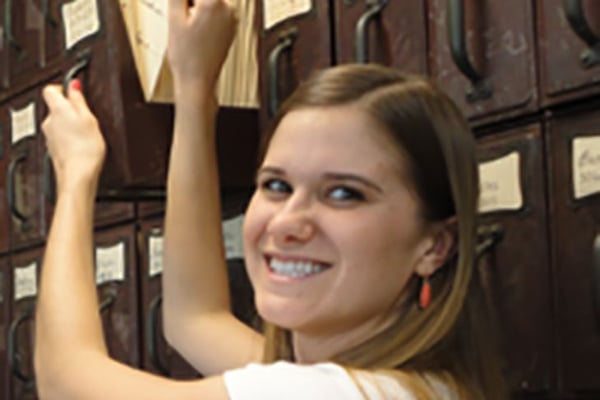 Kelly Kean Sharp resigned Tuesday from her assistant professorship at Furman University following accusations that she pretended to be non-white, a university spokesman said.

An anonymous person outed the African American history scholar through a Medium post, InsideHigherEd reported. The anonymous writer said that he or she “distantly” knew Sharp when Sharp was in graduate school at the University of California, Davis, and that Sharp only recently began identifying as Chicana.

Sharp reportedly formerly identified herself as Chicana in her Twitter profile, which has since been removed. The Medium post includes screenshots of Sharp’s tweets showing Sharp referring to her grandmother, who she calls her abuela, and describing how her abuela “came to the U.S. during WWII” and “worked hard so I could become a teacher.”

The Medium post writer said that Sharp had never spoken about being Mexican before, and the writer reportedly spoke with other colleagues who were also “confused” and asked Sharp about her “newfound identity.”

“She described herself as a #Chicana Asst Prof in her Twitter bio,” the Medium post writer said.

“This was later changed to #Chicana at the end of the intro. Then, it was ultimately removed after a faculty member from the UC Davis History Department allegedly spoke with her due to numerous complaints from former graduate students.”

Sharp reportedly said that her grandmother was from Mexico, the writer said. Sharp’s colleagues allegedly examined this explanation, according to the post, and found that “Kelly had no grandparents who were born outside of the U.S. or had Hispanic names” and that Sharp’s grandmother was born in Los Angeles “to white parents and was residing in the U.S. during all the census records of her upbringing.”

The post also references claims made in Sharp’s since-deleted Furman biography: Sharp reportedly said that her research on the antebellum South was inspired partially by the “majority-minority population” of her hometown, Encinitas, CA.

Encinitas is 88.7% white, census records show, and “known to anyone from California for being a wealthy beach community,” according to the Medium post.

Furman University did not immediately respond to a request for comment from the Daily Caller News Foundation. Spokesman Tom Evelyn told InsideHigherEd that Sharp had resigned, effective immediately.

The Medium post writer questions how much Sharp benefitted from her claims to Chicana heritage, noting that Sharp “found a tenure-track job after graduating, a rare commodity in academia today,” and “astutely applied for a job in African American history (there are many less PhDs in this field)” before immediately moving “into a tenure-track professorship in that field, working dually in the Africana Studies and History departments at Luther College.”

“Perhaps she won the job simply because she investigated the role of slave women in shaping consumption and markets in the antebellum South,” the anonymous author writes.

“But is it possible that the complex identity provided by her imagined Mexican immigrant grandmother helped her to secure this diversity hire?”