First there were emails, text messages and photos documenting Hunter Biden's alleged influence peddling while his father was vice president.

Now, the first audio file has been released from the laptop that Hunter Biden purportedly abandoned at a Delaware repair shop.

In the recording, the Democratic presidential nominee's son references his business partnership with Patrick Ho, calling the former secretary for home affairs in Hong Kong a "spy chief of China," the National File reported Tuesday.

The younger Biden laments that his business partner Ye Jianming of CEFC China Energy had disappeared.

The deal with Ye – who had ties to the Chinese military and intelligence services – was reported by the New York Post Oct. 15. The agreement was for half-ownership of a holding company that would provide Hunter Biden with more than $10 million a year "for introductions alone." 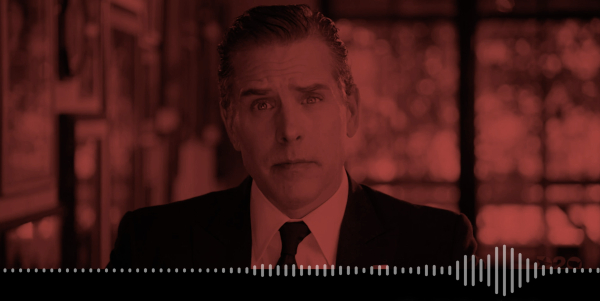 In the recording, Hunter Biden also complains his longtime business partner Devon Archer named him and his father Joe as witnesses "in a criminal case" without notifying him.

"I get calls from my father to tell me that The New York Times is calling but my old partner Eric, who literally has done me harm for I don't know how long, is the one taking the calls because my father will not stop sending the calls to Eric," he says.

"I have another New York Times reporter calling about my representation of Patrick Ho – the f****** spy chief of China who started the company that my partner, who is worth $323 billion, founded and is now missing. The richest man in the world is missing who was my partner. He was missing since I last saw him in his $58 million apartment inside a $4 billion deal to build the f****** largest f****** LNG port in the world.

In an email reported Oct. 15 by the New York Post regarding the deal with Ye while his father was vice president, Hunter Biden said it would benefit not only him but his family.

The pay, according to an email, would be "for introductions alone."

The Post noted that Ye hasn't been seen since he was taken into custody by Chinese authorities in early 2018. CEFC went bankrupt earlier this year.

Hunter Biden said in the email that while the consulting fees were important, "this proposal by the chairman was so much more interesting to me and my family is that we would also be partners inn [sic] the equity and profits of the JV’s [joint venture's] investments."

The New York Post's initial report centered on an email that contradicts Joe Biden's claim that he never discussed his son's business deals in Ukraine and China while serving as the pointman for U.S. policy in those nations under President Obama.

Facebook immediately restricted distribution of the Post's initial story, insisting it needed time to fact-check it, and Twitter followed by blocking any links to it.

On Tuesday, WND reported, a Rasmussen Reports survey found 54% of likely voters believe the former vice president was consulted about the business deals with the likes of Chinese communists and possibly benefited from them.

Another former business partner, Tony Bobulinksi, began speaking out last week. He claims Joe Biden got a cut of the lucrative business deals based on access to the vice president.

Bobulinksi, who had an interview with the FBI last Friday, is scheduled for a sit-down interview Tuesday at 8 p.m. Eastern Time with Fox News' Tucker Carlson in which he will released audio recordings to back up his claims.

Bobulinski said he is providing all of his electronic devices and other documents related to his business dealings with Hunter Biden to the Senate Homeland Security and Governmental Affairs Committee and to the FBI.

Significantly, while Joe Biden calls the charges "Russian disinformation" and a "smear," his campaign has admitted it has not challenged the authenticity of the emails.