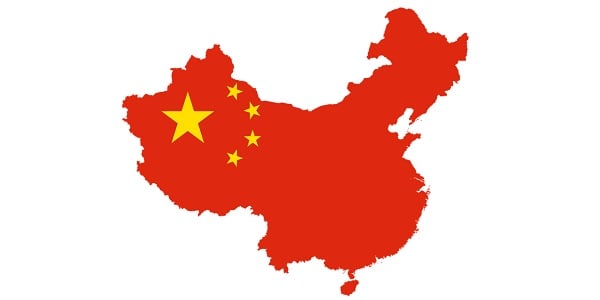 After initially accusing President Trump of being insufficiently tough on China for its handling of the pandemic, the Biden-Harris campaign recently changed tack, signaling it would pursue more constructive relations with China in the spheres of public health and trade relations. The party platform adopted at the Democratic National Convention also explicitly disavowed a “new Cold War” with China.

These developments, positive as they are, mask an unfortunate underlying reality: In the critical realm of military competition with China, a Biden administration would likely sustain the basic trajectory of current U.S. strategy in the region. At a time of mounting tension over Taiwan and the South China Sea, such a prospect bodes ill for peace and stability in Asia.

During the presidential campaign, Biden has largely avoided discussing Taiwan or the South China Sea. There are no references to either of these issues on Biden’s campaign website, nor does the website contain any discussion of military competition with China, even though references to economic competition with China abound. Likewise, Biden made no mention of Taiwan or the South China Sea in an article published in Foreign Affairs in January wherein he outlined his foreign policy vision.

TRENDING: Jon Voight: 'Trump is the only man that can save this nation'

The 2020 Democratic Party platform, however, does make brief mention of these issues. Although noting that “the China challenge is not primarily a military one,” it insists that Democrats “will deter and respond to aggression.” It points to a commitment to defend “freedom of navigation” and “resist the Chinese military’s intimidation in the South China Sea,” while reaffirming the Taiwan Relations Act and a peaceful resolution of cross-strait issues “consistent with the wishes and best interests of the people of Taiwan.” This language echoes shibboleths in American foreign policy establishment discourse in both parties.

The attitudes of key advisors to the Biden campaign on defense policy and strategy toward China are more revealing, suggesting a fixation on deterrence to the exclusion of its essential complement, reassurance. For example, Michèle Flournoy, considered a likely candidate for a position as secretary of defense in a Biden administration, penned a Foreign Affairs article in June in which she laid the blame for increased tensions in the Taiwan Strait and the South China Sea squarely on the erosion of American deterrence against China. She expressed dismay that the United States has not deployed more ground troops to Asia and called for the U.S. military to acquire the capability to “sink all of China’s military vessels, submarines, and merchant ships in the South China Sea within 72 hours.”

In a similar vein,  Ely Ratner, co-chair of the Biden campaign’s East Asia policy working group and former deputy national security advisor to Biden when he was vice president, has advocated for a suite of activities designed to deter China, including the commencement of bilateral military exercises with Taiwan. Such activities would alter the nature of America’s longstanding position in cross-strait affairs, weakening the dual deterrence and strategic ambiguity that Biden himself once strongly defended.

A future Biden administration would likely make some prudent adjustments around the margins that could have a stabilizing effect. It might resume regular strategic dialogue with Beijing, a move recommended by Flournoy as a means for each side to clearly communicate its intentions. The Trump administration’s severance of such communication linkages has raised the risk of dangerous miscalculations by Washington and Beijing. Restoration of such dialogue would improve the ability of both sides to manage crises that may emerge.

However, the Biden administration is unlikely to fundamentally alter U.S. strategy in Asia in a way that would reduce the likelihood of such crises emerging in the first place. Under a President Biden, the United States would likely continue to strive for military primacy throughout the Western Pacific, with little recognition of how U.S. military activities are driving a security dilemma with Beijing, each side pursuing tit-for-tat deterrence measures that heighten the risk of conflict.

The reality is the military threat posed by China to U.S. interests is limited in nature. China is preoccupied with building its military force to increase its leverage in sovereignty disputes over Taiwan and largely uninhabited islands and reefs in the East and South China Seas. But it is not building a force designed for territorial expansion in Asia beyond those disputes, much less to project power against the U.S. homeland.

In those potential flashpoints over Taiwan and disputed islands, Washington should be pursuing a strategy designed not only to deter China but also to manage the security dilemma with Beijing. Instead, the increased tempo of U.S. military operations, coupled with prominent political signals of stronger support for China’s opponents, are leading Beijing to expand its own military operations in response.

This dynamic perversely weakens the relative position of Taiwan and the other claimants in the South China Sea by provoking China to double down on its position lest it show weakness in defending what it deems to be its core interests. Joint military exercises with Taiwan and strategies of deterrence through dominance, such as advocated by Ratner and Flournoy, would only augment this dynamic, driving an open-ended arms race in Asia.

Of course, China is by no means blameless in exacerbating tensions in these disputes. It too has engaged in provocative military operations in the Taiwan Strait to signal its displeasure with political developments in Taiwan and the actions of the United States. Beijing’s expansive claims to petroleum and fishery resources in the South China Sea and its efforts to intimidate other countries from exploiting those resources close to their own coasts also show little respect for the interests of other states in the region.

But the Trump administration is responding to China’s behavior uncreatively, employing only coercive rhetoric and military signaling that further raise tensions without producing results. A potential Biden administration promises more of the same.

Washington should instead use diplomatic means to leverage both Beijing and its counterparts in Taiwan and the other South China Sea claimant countries to pursue joint negotiations over stabilizing interim measures and eventual peaceful solutions. Without such military restraint and realist diplomacy, a future Biden administration is likely to further entrench the United States into a worsening spiral of hostility with China that endangers American interests.

WND News Services
These reports are produced by another news agency, and the editors of WND believe you'll find it of interest.
S&P 500 rises 1% to a record closing high to kick off December
'Treasonous' enemies within: 3-star general pushes Trump to use emergency powers
'Bethlehem is dead': Birthplace of Jesus absent of pilgrims in 2020
Lawyer who said he's moving to Georgia to vote in Senate runoffs 'under investigation'
Gun-rights group sues sheriff after firearm-permit shutdown
See more...