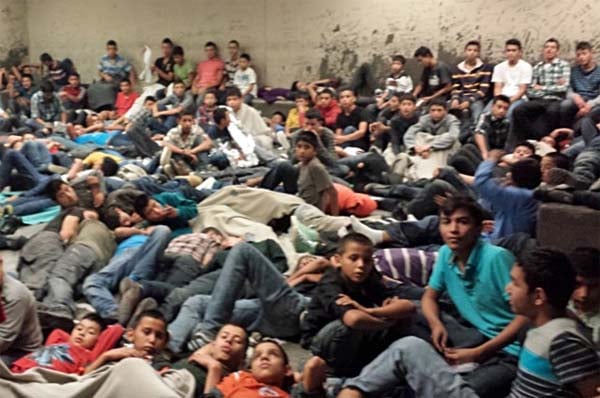 Democratic nominee Joe Biden said that he would grant a pathway to citizenship for the millions of illegal immigrants living in the United States during the presidential debate Thursday evening.

“Within 100 days, I’m going to send the United States Congress a pathway to citizenship for over 11 million undocumented people,” Biden said in response to debate moderator Kristen Welker.

“All of those so-called dreamers, those DACA kids,” — referring to the Deferred Action For Childhood Arrivals policy — “they’re going to be immediately certified again to stay in this country and put on a path to citizenship,” Biden said.

Joe Biden: “Within 100 days, I’m going to send to the United States Congress a pathway to citizenship for over 11 million undocumented people.” #Debates2020 pic.twitter.com/uzNGt12iCI

Biden and President Donald Trump went back and forth their respective immigration policies Thursday, sparring over family separation policies, deportations and more.

“The idea that they are being sent home by [Trump means] that they’re being sent to a country they’ve never seen before,” Biden said.

“He had eight years to do what he said he was going to do,” Trump responded. “We got rid of catch and release, we got rid of a lot of horrible things that they put in and that they lived with. But for eight years he was vice president; he did nothing.”

“Wrong,” Biden said in response. Biden criticized Trump’s administration for forcing undocumented migrants to seek asylum while residing outside of the U.S.

Thursday was the final scheduled debate between Trump and Biden before the election on Nov. 3.

WND News Services
These reports are produced by another news agency, and the editors of WND believe you'll find it of interest.
Dems fall in line supporting Biden nominee linked to eco-terror
Nikki Haley calls for boycott of Beijing Games in 2022
Democrats want a re-do of their ferocious campaign against Kavanaugh
Segregation returns! Unvaxxed students threatened, harassed
Internet outage that took down several major websites seems to be fixed
See more...