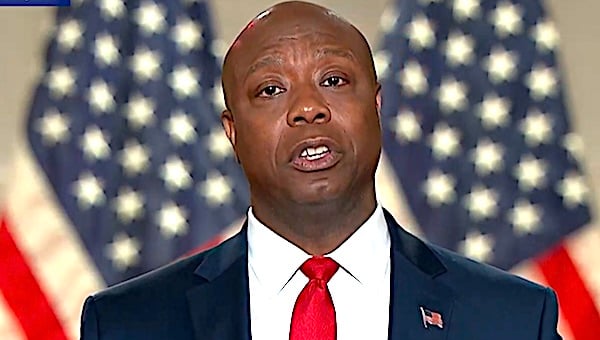 Twenty-seven Black Republican candidates are running for Congress this election, and that is a good thing for the Republican Party, our political system, and our entire country.

In 2016, when Republican National Committee (RNC) Chairwoman Ronna McDaniel headed the Michigan GOP, all the political pundits and pollsters wrote off the state as fly-over country and certainly did not think a Republican could do well there. And yet Donald J. Trump beat Hillary Clinton and won that diverse state. The investments and effective campaigning laid the foundation for 2020.

The RNC, in addition to running print ads in Black newspapers and hosting GOTV events from our Black Voices for Trump Community Centers, just launched a new seven-figure voter-contact initiative to directly target and engage with Black voters in urban communities all over the country, safely knocking on doors to get out the vote for President Trump.

Today in Michigan, veteran businessman and rising GOP star John James is running to be the next U.S. senator from that state. After serving in the military for eight years and earning a Combat Action Badge and two Air Medals, James went on to become president of James Group International, growing the family business into a major trading partner in the Michigan auto industry. He knows what it takes to achieve the great American comeback for his state. John James and President Trump are two leaders made in the USA for this moment.

While James hopes to join South Carolina's Tim Scott (pictured above) in the Senate, 26 Black Americans are running as Republican nominees to make history in the House of Representatives. Can you imagine how courageous you have to be to run in 2020 as a Black Republican, with all of the vitriol and cancel culture attempts from the radical liberal left?

Whether it is Joe Biden saying “You ain’t black,” or MSNBC calling Black Republican candidates Burgess Owens and Kimberly Klacik part of a “modern day minstrel show,” these men and women are leaders who care, and who are inspired by another leader – a man who took the opposition head on, ignored pundits and pollsters who doubted him, and won. That leader is President Trump.

Hopefully, the mainstream media will report on these candidates as fairly and respectfully as they did the candidates who became known as “The Squad,” making them household names as well.

Why not tell a different narrative, show there are Black Americans who think for themselves, care about their communities and are proud Republicans?

The following Black candidates are standing up for their values, standing up for their families, and deserve to be heard and not silenced or canceled because they are not running as radical liberals: Tamika Hamilton, Ronda Baldwin-Kennedy, Errol Webber, Aja Smith, and Joe Collins in California; Casper Stockham in Colorado; Byron Donalds, Carla Spalding, Vennia Francois, and Lavern Spicer in Florida; Angela Stanton-King in Georgia; Philanise White and Craig Cameron in Illinois; Rayla Campbell in Massachusetts; Kimberly Klacik in Maryland; John James in Michigan; Kendall Qualls and Lacy Johnson in Minnesota; Billy Prempeh in New Jersey; Laverne Gore in Ohio; Kathy Barnette in Pennsylvania; Charlotte Bergmann in Tennessee; Wesley Hunt, Wendell Champion, and Tre Pennie in Texas; Burgess Owens in Utah; and Leon Benjamin in Virginia.

At the recent unveiling of his plan for Black economic empowerment known as the “Platinum Plan” in Atlanta, President Trump singled out these candidates running to join him in Washington to implement many aspects of this holistic plan for the Black community to help Make America Great Again, again!

In Florida, GOP Rep. Byron Donalds said, “I’m everything the fake news media tells you doesn’t exist: A strong, Trump-supporting, gun-owning, liberty-loving, pro-life, politically incorrect Black man.” Raised in a single parent household in New York, he worked hard, earned a college degree in finance and marketing, and launched a career in the banking industry in Florida. The call to public service led him to the Florida State House, where voters got to know him and appreciate his conservative values. Donalds sits on five committees and chairs a subcommittee on insurance and banking. If there was ever a time to have someone in Congress who understands our economy and has earned the trust of his community, it is today.

This election, political elites will be reminded that the Republican Party is the original home of Black Americans and Black Republican congressmen. Remember, the first Black American to serve in the U.S. Senate was a Republican, Sen. Hiram Revels of Mississippi. From 1870 to 1935, the Black men who served in the House of Representatives were all Republicans.

Under President Trump the GOP is expanding and attracting more unlikely supporters in what we call “the silent majority.” The GOP is an open tent party, the party of Abraham Lincoln, the party of freedom, opportunity, justice and civil rights. We are a diverse party and President Trump welcomes everyone because he understands that leadership knows no color, and success knows no ethnic background.

Joe Biden believes Blacks are devoid of diversity so it would be hard, with his bigoted worldview, to understand that the 27 Black Americans running for Congress are doing so because they want to put America first; they want the Platinum Plan in place; they want to keep taxes low and expand opportunity zones; and they reject illegal immigration, open borders, and the Green New Deal.

These 27 incredible candidates want to help usher in the Great American comeback with their election and the reelection of Donald Trump.

Paris Dennard is a GOP political commentator, strategist, and senior communications adviser for Black Media Affairs at the Republican National Committee. Follow him on Twitter at @PARISDENNARD.