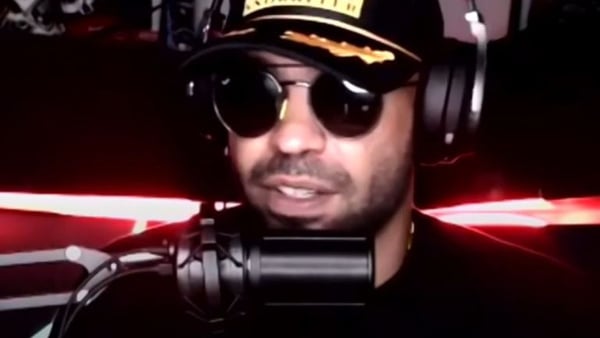 The national leader of the Proud Boys – a black-Hispanic American – said Wednesday that Joe Biden made a mistake during the presidential debate by casting his group as white supremacist.

"We've been called many names," said Enrique Tarrio in an interview with Britain's Sky News, "and probably the most inaccurate name you can call us is white supremacists, as your viewers can see."

Tarrio, the national chairman of Proud Boys, was referring to an exchange during the debate Tuesday night spotlighted by establishment media in which moderator Chris Wallace pressed Trump to condemn white supremacy.

Wallace asked Trump if he would be "willing to condemn white supremacists and militia groups."

Trump interjected with "sure."

Trump's use of the term "stand by" was interpreted by media as an order for the Proud Boys to be on alert for further instructions. But Trump, as was indicated in his remarks to reporters Wednesday, apparently meant to affirm the term Wallace used, "stand down."

Tarrio told Sky News he didn't see Trump's comments during the debate "as an endorsement" of Proud Boys "at all, by any means."

"I think he was asked a very pointed question," Tarrio said of the Trump. "I think the president was asked to disavow white supremacy, which he did two times, within the scope of that question.

"And I think Biden made a crucial mistake by naming our organization for him to disavow."

Tarrio's group says it officially rejects white supremacy. In November 2018, after media reported the FBI had classified the Proud Boys as an extremist group with ties to white nationalism, bureau officials held a briefing denying the claim. 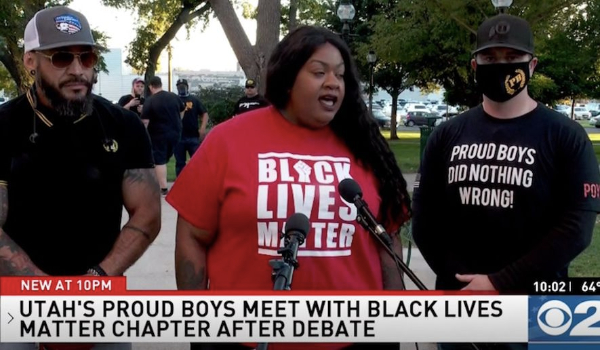 On Wednesday, local leaders of the Proud Boys in Salt Lake City held a joint news conference with a local Black Lives Matter leader  to correct the record and "denounce white supremacy," the Washington Times reported.

"I will go out and say that the Proud Boys as a whole — I will say this on behalf of the entire national organization — denounce white supremacy," the chief of the Proud Boys Salt Lake Utah Chapter, who only gave the name Thad, told reporters, FOX13 reported.

"We are in no way, shape or form white supremacists," said Thad, who is black.

She said she recently had a "productive conversation" with Proud Boys leaders in Portland, Oregon.

At the White House on Wednesday, press secretary Kayleigh McEnany, citing a long list of quotes, said Trump "has condemned white supremacy more than any other president in modern history."

"His record on this is unmistakable, and it's shameful that the media refuses to cover it," she said.

The focus during the debate Tuesday on getting Trump to condemn white supremacy was fueled by Wallace and Biden repeating the false claim that Trump said after the 2017 Charlottesville riot that neo-Nazis and white nationalists were "very fine people."

In fact, Trump explicitly said at the time that "very fine people on both" sides was not a reference to the white supremacists, declaring "they should be condemned totally." But Biden says it was that moment that prompted him to run for president.

Wallace also asked Trump to condemn white supremacists during a debate in the 2016 election, and Trump did.

Wow, this is Chris Wallace asking Trump the same question in 2016.

On Tuesday, when Wallace asked Trump to condemn "white supremacists and militia groups" and tell them to "stand down," he mentioned Kenosha, Wisconsin.

Presumably, Wallace was referring to the case of Kyle Rittenhouse, a teen who says he came to the city to protect the property of business owners and now faces murder charges for what his lawyer contends, citing video evidence, were acts of self defense.

There's no evidence that Rittenhouse is a white supremacist or a militia member, charged lawyer Lin Wood, who has threatened to sue Biden for a campaign ad making that claim.

The left-leaning Anti-Defamation League told CBS News in August that Rittenhouse doesn't have any apparent ties to extremist groups.

"Formal demand for public retraction is being prepared for Biden/Harris Campaign on behalf of Kyle Rittenhouse," Wood wrote in a post on Twitter that included a screenshot from Biden's video.

"I also hereby demand that @JoeBiden immediately retract his false accusation that Kyle is a white supremacist & militia member responsible for violence in Kenosha," Wood wrote.