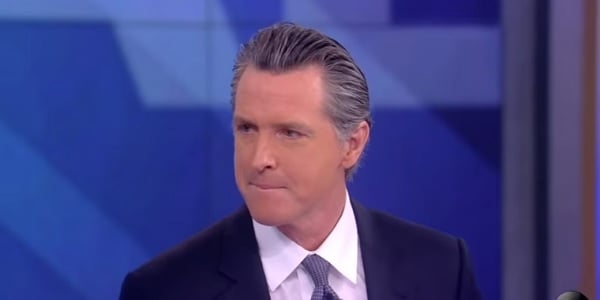 Now, government watchdog Judicial Watch on Monday announced it is suing the state in Superior Court in Los Angeles over Assembly Bill 979.

Judicial Watch noted a Senate floor analysis finds the bill draws distinctions based on race and ethnicity, and therefore is "suspect." The analysis concludes "the existence of general societal discrimination will not ordinarily satisfy courts."

The lawsuit contends law will require spending "in the hundreds of thousands of dollars to gather demographic information and compile a report on this data."

But Judicial Watch argues such spending would be illegal under the state constitution, which requires that any such discrimination based on race or ethnicity "be narrowly tailored to serve that compelling [government] interest."

"As California cannot make these difficult showings, AB 979 is unconstitutional and any expenditure of taxpayer funds or taxpayer-financed resources in furtherance of, ensuring compliance with, or otherwise effectuating the racial, ethnicity, sexual preference, and transgender quotas required by AB 979 is illegal," the complaint explains.

"Because it classifies directors by virtue of their race, ethnicity, sexual preference or transgender status, AB979 can only be justified by a compelling governmental interest, and its use of race and ethnicity must be narrowly tailored to serve that compelling interest."

During deliberations in the legislature, opponents argued the bill made distinctions that possibly are "remedial or punitive in intent."

The complaint seeks a court order blocking taxpayer funds, arguing such funding for the objective of discrimination is illegal.

"California’s government has a penchant for quotas that are brazenly unconstitutional," said Judicial Watch President Tom Fitton. "Gender quotas and now new quotas for numerous other groups for corporate boards are slaps in the face to the core American value of equal protection under the law. While California skirts bankruptcy and burns up due to fiscal abandon, its leftist political leadership would waste tax dollars to implement illegal and divisive quotas."

The case was filed against Alex Padilla, California's secretary of state.