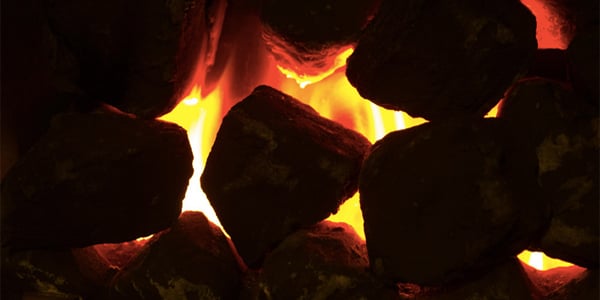 President Xi Jinping of China recently pledged that his country will achieve carbon neutrality before 2060. That’s as believable as someone addicted to drugs promising he will be drug free in 10 or 20 years while he builds additions to his opium farms.

So why did China knowingly make headlines in America over this meaningless pledge while it continues to build coal plants on its own land and even around the world?

The answer is simple: China is trying to undermine America's energy dominance as well as the job and economic growth that brings. The CCP knows extremists in our nation will use this carbon pledge at every possible opportunity to force the U.S. to adopt the so-called “Green New Deal,” even though most would privately admit China has no intention of actually becoming carbon neutral.

The extreme environmental agenda, as spelled out in the Green New Deal, would cost some $90 trillion that we simply do not have -- the entire U.S. economy is about $20 trillion. With higher taxes, crushing regulations and exploding prices for energy, this agenda would leave the U.S. at the mercy of China, Russia and other hostile countries on the global stage.

According to the U.S. Chamber of Commerce, a ban on only fracking -- not even all fossil fuels -- will cause: gasoline prices to double, natural gas prices to triple, a $7 trillion loss in Gross Domestic Product and almost $2 trillion in lost tax revenue to the government.

If gas prices double, it means less money for families on the lowest income levels. They along with those on fixed incomes will suffer the most. If natural gas prices triple, home heating will likewise at least triple in price for our most vulnerable, increasing energy poverty throughout our nation.

A $2 trillion loss in revenue would have to be made up by higher income taxes on hardworking Americans. The middle class would cease to exist as we know it.

China knows that if the U.S. continues to increase its energy costs by forcing subsidized, expensive, intermittent wind and solar power -- as Governor Newsom is doing in California -- more jobs and production of all sorts will relocate to China and other countries -- such as China's new client nations in Africa.

This would be devastating to American workers and their families.

For example, a recent study by economists at the University of Copenhagen states that for every billion tons of CO2 reduction in Europe, which is achieved at great economic cost, 600 million tons of CO2 emerge in China, Asia and Africa.

Why does 60% of the CO2 migrate to other areas of the world? It makes sense that economic activity and jobs would move from any nation spending trillions to achieve neutral CO2, to other nations that only pay lip service to the target of carbon neutrality, but clearly realize that it is an absurd goal for themselves.

Again, if China really believed in the worthiness of carbon neutrality, the country would not build any new coal plants. The CCP knows that all these new taxes and regulations will just make its economy weaker: the climate change argument is a complete fallacy.

China gets nearly 60% of its total energy (not just electricity) from coal, and the U.S. a declining 11% from coal. The country has over 1,100 coal plants and has permitted or is building more than 200 more right now, while the U.S. has less than 250 of them.

Environmental extremists are bent on letting China’s empty pledges cause Americans to pay more for energy many times over. That, in turn, will greatly increase the cost of food and everything that is grown, produced or moved, inevitably shifting even more of our jobs overseas.

Carbon neutrality is a bogus goal, and China admits this with its actions as opposed to its words. If our nation’s leaders fall for this trick, we will have deserved to lose our dominant role in the world -- and we may never get it back.

Frank Lasee is a former Wisconsin State Senator and former member of Governor Walker’s administration. The district he represented had two nuclear power plants, a biomass plant and numerous wind towers. He has deep experience dealing with energy, the environment and climate.