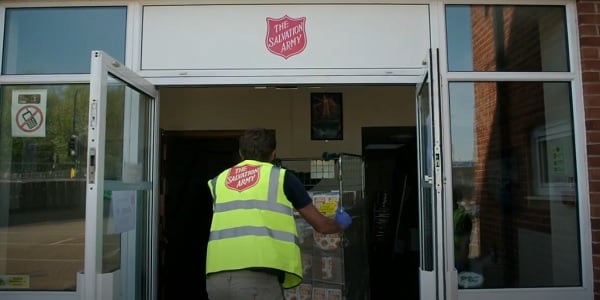 Britain's National Secular Society is calling for a change in law that would force Christian groups to allow non-Christians to take on leadership roles.

The NSS has released a report, "How Religious Privilege is Undermining Equality Law," also calling for religious schools that have funding from the government to give up their religious qualifications for employees.

The Equality Act 2010 now allows various charitable groups to require staff to share their religious beliefs if there is a genuine "occupational requirement."

That means, the secularists complain, non-believers are missing out on job opportunities that are given to Christians.

Cited were advertisements for a tutors' assistant at the Oxford Center for Christian Apologetics, and a travel and speaker coordinator for Open Doors.

Further, the secularists complain that "many Christian institutions do not believe it is possible to live according to Christian values while having same-sex relationships."

Simon Calvert, deputy director for public affairs for the Christian Institute, said the National Secular Society "appears to be terrified by the thought that there are people out there who believe things that they don’t."

"The Equality Act protections they want to do away with are essential to the survival of religious charities. Without them, they’d be sued out of existence by groups like the NSS for refusing to appoint atheists to positions that only fellow-believers can actually fulfill," he said.

"They go out of their way to attack much-loved Christian charities like Open Doors for having the temerity to think that Christians are the best people to promote the Christian faith."

The organization Ekklesia said the secularists argue that the law is failing to protect the non-religious.

The report cites "glaring gaps" in the law that lead "to undesirable and unnecessary religious discrimination, fueling societal segregation, and reducing opportunities for people because of who they are or what they believe."

Ekklesia warned that the report charges that the exception for religious requirements when there is a "genuine occupational requirement" is overused and religious groups need to face more requirements to recruit employees.

In a foreword to the report, former equalities minister Baroness Lynne Featherstone writes: "The Equality Act has contributed to the U.K. becoming a more tolerant nation and has been vital in tackling discrimination against minorities and safeguarding individuals' rights. This ten-year anniversary provides a timely opportunity to assess the impact of the act. As this excellent, informed, and forensic report by the National Secular Society demonstrates it is certainly not a case of 'job done.' The continued existence of exemptions for religious privilege is completely at odds with ambitions to create a fair society."

Megan Manson of the NSS said the Equality Act has helped.

"But a decade after it came into force, it should be reviewed to ensure it guarantees protection for all. As the UK becomes increasingly irreligious and religiously pluralistic, our equality laws need to be robust in order to promote social cohesion and equal opportunities. That means closing loopholes which allow faith-based discrimination in our schools and workplaces."