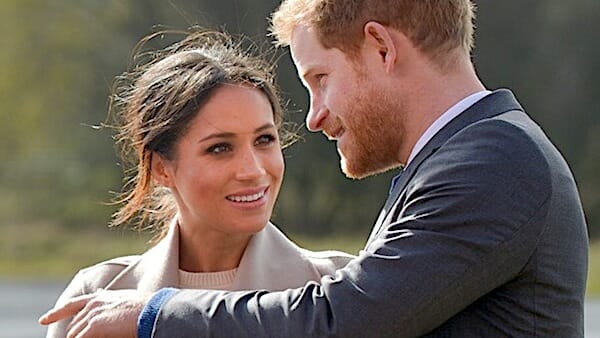 U.S. Rep. Jason Smith, R-Mo., has written a letter to the British government asking officials to tell "Prince Harry and Megan Markle" to either shut up about the 2020 presidential election in the United States, or lose their titles.

The letter comes after the two, now living in the United States after quitting their duties as members of the British royal family, made a video urging Americans to "reject hate speech, misinformation and online negativity" in the election.

They immediately were accused of violating the British royal family's standard that demands political neutrality from its members.

While they did not endorse a candidate, reports explain that their comments have been interpreted by some as backing Joe Biden over Donald Trump, as Markle, before she married into the royal family, was an outspoken critic of the president, describing him as "divisive."

And while Markle is a U.S. citizen by birth and has a right to comment on the election, the question is of the use of their royal persona.

Prince Harry and Megan Markle are using foreign titles to campaign against President Trump and interfere with our election. Today, I asked the British Government to put a stop to it.

Were Harry and Meghan campaigning against President Trump with their comment?
98% (439 Votes)
2% (7 Votes)

The Daily Mail said the queen controls the titles Harry and Megan use but also acts on the advice of government – "meaning it would be up to her to act against the couple, but that if the prime minister, Boris Johnson, were to ask her to do it, she would have to at least consider the request."

Smith's letter is to Karen Pierce, the British ambassador in Washington.

"As you know, the British royal family has long observed a policy of strict neutrality in regard to political matters," he wrote. "I am therefore concerned by the Duke and Duchess of Sussex's recent comments regarding the United States Presidential Election, especially given international conversations surrounding foreign interference in our elections and the Duke's status as a guest of the United States."

He said while it may be true that the two no longer use the "His or Her Royal Highness" titles, "it is my view the titles and privileges they retain by permission of Her Majesty the Queen, given with the advice and consent of her government, prevent the Duke and Duchess from separating comments made in a personal capacity from their official position..."

His request: "I respectfully request the British Government ensure The Duke and Duchess of Sussex no longer attempt to interfere in our election or be stripped of all titles, styles, and privileges which they currently retain."

The Daily Mail reported it was unclear the status of Harry inside the United States. He could be in residence on a diplomatic passport, which would make comments on politics "a breach of diplomatic protocol."

Harry, right now, is sixth in line for the British throne, behind his father, brother, and his brother's three children. The Mail explained he has the right to call himself prince because of that.