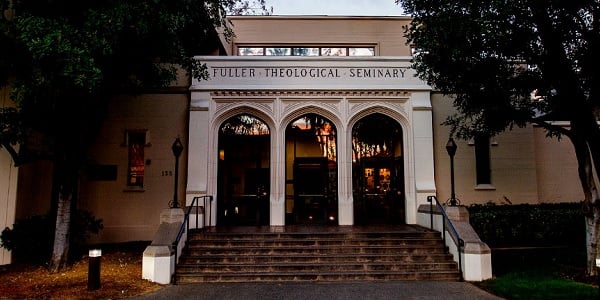 A federal judge has dismissed a lawsuit by two students who were engaged in same-sex marriages and were dismissed from Fuller Theological Seminary for violating the rules of behavior to which they had agreed.

According to the non-profit legal group Becket, which was representing the school, the judge found that it was "well established … that courts should refrain from trolling through a person's or institution's religious beliefs."

The case, considered a landmark that could impact students and schools nationwide, said the seminary held the right to train students for ministry according to its sincere religious beliefs, free of government entanglement.

Two students, Joanna Maxon and Nathan Brittsan, had sued Fuller for dismissing them after they agreed to follow, and then violated, the school's standards.

Fuller's statement says it "believes that sexual union must be reserved for marriage, which is the covenant between one man and one woman, and that sexual abstinence is required for the unmarried. The seminary believes premarital, extramarital, and homosexual forms of explicit sexual conduct to be inconsistent with the teaching of Scripture. Consequently, the seminary expects all members of its community – students, faculty, administrators/managers, staff, and trustees – to abstain from what it holds to be unbiblical sexual practices."

The students had claimed that federal nondiscrimination requirements allowed them to violate the seminary's rules.

However, Judge Consuelo B. Marshall dismissed the case, explaining that the primary claim in the lawsuit could not be refiled. Under court procedures, several claims under state law could be brought again in state court.

Becket explained: "When students apply to Fuller Theological Seminary, they agree to faithfully follow the seminary’s religious standards throughout their training for ministry and other religious service. Like all their peers, the plaintiffs made that agreement. But after the seminary learned that the plaintiffs had violated the standards, the seminary regretfully dismissed them and refunded their costs for the classes they were unable to complete."

Daniel Blomberg, senior attorney at Becket, called it a "huge win for seminaries, yeshivas, madrasas, and every other religious institution of higher education."

That's because houses of worship, and not government officials, should be deciding how to teach the next generation of religious leaders," he said.

Becket described Fuller as "one of the world’s leading Christian educational institutions."

"It is a multidenominational, international, and multiethnic seminary committed to training global Christian leaders for the fulfillment of their religious callings. Each student who graduates from the seminary is prepared to be a leader in the faith and to practice and teach the gospel to their diverse communities."

It has a First Amendment right to uphold specific standards of faith and morality, the court decided.

"Personal persuasion, not government coercion, is how the First Amendment allows citizens to engage with religious beliefs they don’t like," said Blomberg. "This lawsuit threatened to impose a government straitjacket on all Americans, and it’s good for everyone that the court said no."

The judge said that under other circumstances, Title IX would have required the seminary to permit the students' behavior. But the law has a Religious Organization Exemption that allows Fuller to enforce its doctrines.

The students had claimed the dismissals were barred by Title IX as well as the Unruh Civil Rights Act in California. They also claimed breach of contract and infliction of emotional distress.

The judge noted, however, that the students had applied to be admitted to the seminary and had agreed in writing "not to violate FTS' Community Standards," which were spelled out to include the Sexual Standards Policy.

One of the same-sex marriages was discovered when the student requested a name change. The other student's status was revealed when she was seeking financial aid and authorized the IRS to disclose to the seminary a joint tax return.