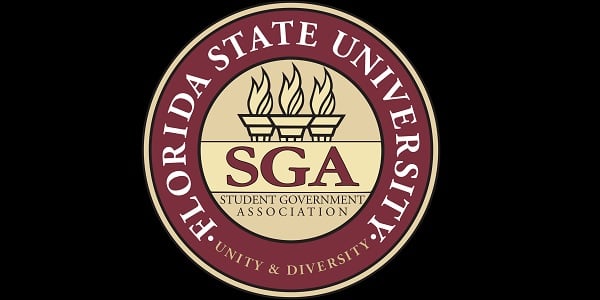 A court has ordered Florida State University to restore the pay of a Catholic student who was removed from a student government position because of his pro-life and marriage beliefs.

U.S. District Judge Allen Winsor said Friday that FSU must resume paying Jack Denton the salary he would have earned as student senate president after other students voted to remove him because of his beliefs.

"Those participating in the political process do not forfeit their First Amendment Freedoms," the judge wrote.

The dispute began, according to the Alliance Defending Freedom, when Denton suggested in a private text conversation with fellow Catholic students that a variety of socially progressive organizations, including Black Lives Matter, oppose Catholic teaching.

Another student publicized his private remarks and the student senate then successfully campaigned for his removal.

Denton then sued the university and several individuals.

The judge's ruling was on a request for a preliminary injunction.

"All students should be able to peacefully share their personal convictions without fear of retaliation," said Tyson Langhofer, a lawyer working on Denton's case.

"As the court found, FSU violated Jack's constitutionally protected freedom of speech and therefore cannot withhold his salary from him in his role as student senate president. We look forward to a final resolution for Jack."

The ruling from U.S. District Court in the Northern District of Florida, Tallahassee Division, said it is "no answer to say, as FSU does, that this is merely all part of the ‘rough and tumble’ of student politics, that Denton must develop thicker skin."

"Denton is not here to complain about insults or hurt feelings. His claim is that he lost his job – his student government position – because he chose to exercise his First Amendment rights," the judge said.

The university cannot enforce or give effect to the vote to remove Denton, the judge said, "to the extent that doing so means denying prospective payment for services as student senate president."

Langhofer said Florida State "should be fostering real diversity of thought, not punishing individuals based on their religious convictions or political beliefs."

"While FSU students claim they’re creating a ‘safe space,’ they’ve tried to cancel Jack’s freedoms and discriminate against him because they don’t like his beliefs, in direct violation of the school’s SGA Ethics Code, the Student Body Constitution, and—most importantly—the First Amendment," Langhofer said.

Student governments at public universities are the ultimate ground for experimenting with representative self-government in a diverse society. Students from all walks of life and points of view have the opportunity to work together for the common good of their university community through the political process, all while engaging in the pursuit of truth that the university is designed to facilitate. Students must live with one another—quite literally—and student government helps them learn to do so in a way that respects the ability to develop different moral and political ideas and speak about them in a political context.

Just as public universities cannot fulfill their academic mission by adopting an orthodoxy and stifling all nonconformist thought, so too student governments at universities cannot achieve their pedagogical purpose of political simulation when they discard constitutional norms. And, like a public university, student governments have constitutional obligations by virtue of their authority delegated from the state.

The judge did not order Denton's immediate reinstatement as student senate president because there were only a few weeks left in his term. And a "student senate beside itself over its president's expression of Catholic views" might not be able to function, and other student organizations depend on the group's allocation of student funding.

The judge pointed out how other student lawmakers had "reacted," including one who claimed he could "think of no more abhorrent thing to hear coming from our senate leadership" than Denton's Catholic beliefs.

Another student senator said she "immediately began to cry" when she thought about spending "another three days serving under President Denton."