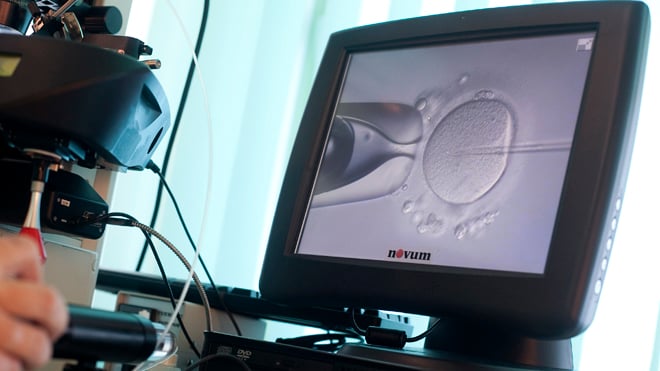 The senator’s comments appear to stem from a report in the Guardian linking Barrett to a group that supports criminalizing IVF. The publication reported that Barrett signed a 2006 pro-life statement by the group — a statement that does not specifically mention IVF. It is unclear what Barrett’s personal position on IVF is.

Duckworth called on her Republican colleagues to “look within your souls” and “consider whether someone who supports those beliefs is capable of serving as an impartial justice for ALL Americans on the highest court in the land.”

The senator, who did not immediately respond to a request for comment from the Daily Caller News Foundation, also sent a Friday letter to her colleagues describing her own experiences with IVF and stating that Barrett’s involvement with the group disqualified her from serving on the court.

“Assisted reproductive technology (ART), including IVF treatment, has enabled thousands of Americans to safely start families in red and blue states alike,” Duckworth wrote. “I fear that, if confirmed to the nation’s highest court, Judge Barrett would be unable to resist the temptation of overturning decades of judicial precedent in an effort to force every American family to adhere to her individual moral code.”

Powerful. Tammy Duckworth reacts to the news today of Amy Coney Barrett’s support for a group that wants to criminalize aspects of the IVF process that allows many families to have kidshttps://t.co/tadot6wYbX

“I fear that if a case involving ART were to be brought before the bench, families like mine would not be able to trust that her opinions would be based on facts, laws and the Constitution rather than swayed by her personal beliefs,” Duckworth continued.

In response to an inquiry about Barrett’s stance on IVF, White House spokesman Judd Deere referred the DCNF to Barrett’s statement during the nomination announcement: “A judge must apply the law as written. Judges are not policymakers, and they must be resolute in setting aside any policy views they might hold.”

The senator’s comments appear to stem from a report from The Guardian that resurfaced a 2006 ad in the South Bend Tribune that Barrett and her husband signed. Those who signed the ad, sponsored by the pro-life St. Joseph County Right to Life, “oppose abortion on demand and defend the right to life from fertilization to natural death.”

The South Bend, Indiana-based St. Joseph County Right to Life is under the umbrella of Right to Life Michiana, a large pro-life organization that includes resources for pro-life Christians, such as a 2018 flier on “other issues threatening innocent pre-born human life.”

The flier says that “the artificial creation of a human person and the capacity to selectively determine if and when the individual’s life will continue, is a dangerous recipe that violates the sanctity of human life.”

Executive Director of Right to Life Michiana Jackie Appleman declined to comment on Duckworth’s allegations to the DCNF Friday morning. Appleman previously told the Guardian that the organization supports “the criminalization of the doctors who perform abortions.”

Barrett does not appear to have publicly condemned IVF personally, though as a Catholic she may personally oppose IVF on religious grounds.

The Roman Catholic Church teaches that homologous artificial insemination and fertilization are “morally unacceptable” as these practices entrust “the life and identity of the embryo into the power of doctors and biologists and establishes the domination of technology over the origin and destiny of the human person.”

The Supreme Court nominee has repeatedly rejected the idea that judges “should decide cases based on a desire to reach a certain outcome.”

“It is never appropriate for a judge to impose that judge’s personal convictions, whether they derive from faith or anywhere else, on the law,” Barrett said during a 2017 Senate hearing before she was confirmed to the 7th Circuit Court of Appeals.