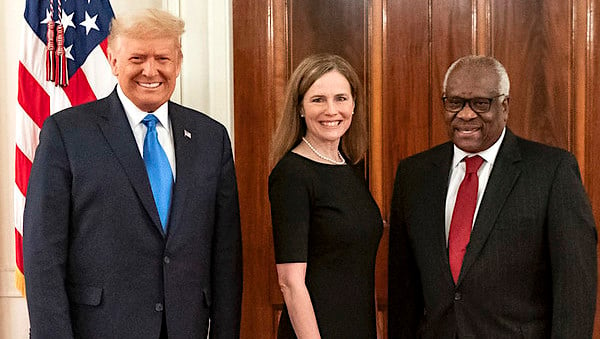 Former Vice President Joe Biden recently confessed that, if elected president, he would form a commission to investigate whether to “pack” the Supreme Court. His flirtation with the far left on this issue is alarming. Court packing would be an egregious act. Biden and every Democratic Senate candidate should be forced to explain their position on it to voters.

What is court packing? It occurs when Congress and the president pass a law that adds new seats to the Supreme Court, which the president and Senate can then fill with new justices. It is an odious practice that allows a political party to create a majority that shares its views of law and policy. In today’s context, it would involve Democrats adding four new seats to  turn a (so-called) 6-3 conservative court into a 7-6 liberal court.

Some argue that if Democrats control the executive and legislative branches, they should pack the court to undo the Roberts court’s conservative precedents. Yet, contrary to such claims, the Roberts court actually has been moderate. The court decided 52% of its decisions in the liberal direction during the 2019 term and 54% during the 2018 term. In fact, the Roberts court rarely has deviated from moderation.  Of the top 10 most “extreme” court terms since 1946, nine came under the liberal Warren court, while only one came under the Roberts court. Even if the court does become more conservative with Justice Barrett, it still is unlikely to be as extreme as the Warren court. Simply put, the data refute the claim that a rightward shift demands immediate court packing

If your politics approve of that outcome, consider the flip side: Suppose a conservative Congress and president believe the Constitution envisions a liberty of contract that precludes any state or federal laws addressing wage or working conditions in the marketplace. Court packing thus subjects everyone’s life, liberty, and property to the winds of politics.

America prides itself on our tradition of judicial independence. While Americans recognize justices have preferences and that the appointment process is political, they nevertheless believe — rightly — that judges are principled in ways legislators are not. That gives the court legitimacy. Perhaps that belief in judicial independence is why politicians have met with failure when attacking the court. Even President Franklin Roosevelt, who sailed to reelection in 1936, suffered when he sought to pack the court in 1937. Americans cherish the rule of law and know that court packing is a cynical and radical attempt to overthrow the judicial branch.

What’s more, a larger court would operate less efficiently and produce lower-quality opinions. After the court hears oral argument in a case, the justices hold a conference to discuss how they believe the court should decide it. Each justice states his or her views and then casts a preliminary vote to affirm or reverse the lower court. These conference discussions often change justices’ minds. But they would become less common if the court were to expand in size. The opinion writing process would change as well. Today, when a justice writes a majority opinion, she must work hard to gain her colleagues’ votes. She must engage in compromise and accommodation. It is difficult enough to obtain consensus from eight other justices. Seeking to obtain consensus from 10 or even 12 others would be exponentially more difficult. Justices eventually would refuse to accommodate their colleagues’ suggestions and might ignore them altogether. Consequently, court opinions would become less deliberative and lower quality.

The court has operated with nine justices since 1869, long enough to have created a constitutional norm. The last time the court’s size changed, the Civil War was only four years expired. Laborers earned $1.52 a day.  The U.S. had only 37 states. It would be another 39 years until Henry Ford produced the Model T and another 51 years until the 19th Amendment granted women the right to vote. The tradition of nine justices is so old that unless one asserts a serious justification for changing it, there is little reason to do so. Its proponents have not met that threshold. They are simply upset that they have not captured the court.

Joe Biden is running, unironically, on a ticket that promises a return to normalcy. Court packing is anything but normal. And every Democrat running for federal office should state their views on it.

Ryan J. Owens, J.D., Ph.D., is an attorney and the George C. and Carmella P. Edwards Professor of American Politics at the University of Wisconsin-Madison.