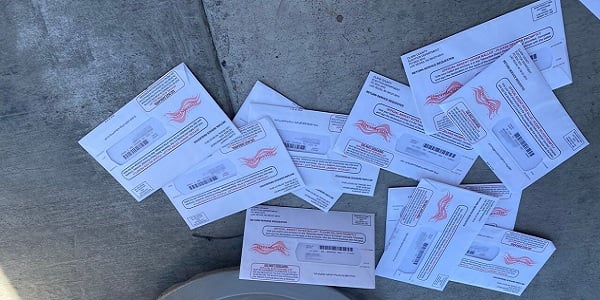 Election security is paramount, but it will be hard to achieve in the 2020 elections due to the massive increase in mail-in voting, experts said during an online briefing Thursday held by The Heritage Foundation.

“I’m focused on Nevada, because that’s the state that rushed to vote by mail,” said J. Christian Adams, president and general counsel of the Indianapolis-based Public Interest Legal Foundation, a nonprofit public interest law firm. “They have thousands of people improperly registered at commercial addresses, which are not supposed to be, in Nevada.”

“When you have dirty voter rolls, on one hand, and you have vote-by-mail automatically, on the other, it equals a disaster,” Adams said.

The panel discussion also featured Mac Warner, the secretary of state of West Virginia, and Mark Hemingway, senior writer at Real Clear Investigations, and was hosted by Hans von Spakovsky, manager of the Election Law Reform Initiative and senior legal fellow at The Heritage Foundation.

Hemingway said that there have been a lot of complications when it comes to mail-in or absentee voting.

“Imagine what’s going on in one county about it being spread out across the country. And you start to see that this is a really, really, really big problem,” Hemingway said.

Warner, the West Virginia official, said his state has seen similar problems, where there are more people registered than there are actual voters.

“Think of the message and sense of the people,” he said. “Can they trust the election system when you have more registered voters than you do people?”

Warner said he sees specific difficulty ahead for states that have not adequately prepared themselves for unusually large volumes of mail-in or absentee voting.

“It is going to be a problem, especially in those battleground states, in those states that have tried to shift to a vote-by-mail system, where they weren’t prepared [with] the personnel or equipment,” Warner said.

He said West Virginia is trying to plan ahead, with flexibility to begin the process of the counting absentee ballots during the early voting, which runs from Oct. 21 to Oct. 31 there.

“Right now, we’ve had about 60,000 people already send their absentee ballots back in,” Warner said, adding:

So, starting next Wednesday, October 21st, the county clerks can start checking the registrations, make sure those people are registered,  checking the signatures. They can open up the outer envelopes and get the ballots prepared—not counted, but prepared—and stacked, ready to go by precinct.

So, on election night, 7:30 on November 3rd, they can run through the high-speed counters or tabulators.

Hemingway said that some of the problems behind the push for absentee or mail-in voting lie in the fact that the current climate is so politically charged.

“I think if … people weren’t so focused again on simply trying to produce a desired outcome … instead of being properly focused on fairness, a process, we wouldn’t be dealing with a lot of these problems,” he said.

Adams had a similar perspective.

“When people do work in this space, they’re often called vote suppressors, nasty names, and so forth,” Adams said, adding:

My message now is, do not be afraid of these labels because they’re smears to try to get you uninterested in this issue … . So, people have to ignore the smears and not be afraid of them, because we have a lot of work to do in this country as it relates to election integrity.