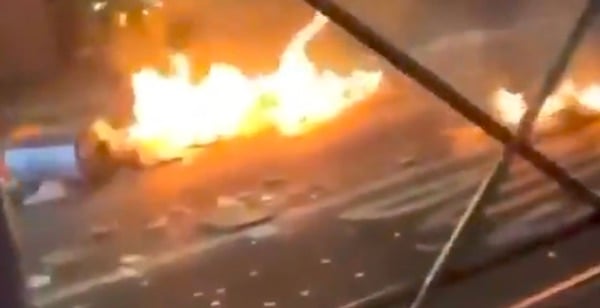 The growing division in America is becoming a national security concern, a defense expert warns.

"This is scary what we're doing right now and people better wake up," said Bradley Bowman of the Center on Military and Political Power at the Foundation for Defense of Democracies in an interview with CBN News. "By our own divisiveness, we are making ourselves less safe."

He explained that the absence of consensus and unity "provides America's adversaries opportunities to undermine the United States."

America's enemies are watching, he said.

"The scary divisions that we're seeing along racial lines, economic lines, party lines, to me our adversaries particularly Russia and increasingly China view as an opportunity to attack as our center of gravity of unity. Your political adversary is not your enemy and if that's the way you think, you're helping Putin more than you're helping our country and I think you need to hear that directly."

Bowman told CBN there's always room for disagreement, but it can go too far.

"We can't be our own worst enemies, we can't do Vladimir Putin's work for him," he said.