My wife, Gena, and I join the country in praying for the health and well-being of President Trump and first lady Melania in their recovery from COVID-19. Despite one's political persuasion and preference, it's right for all Americans to pray now for all those in government authority who are infected by COVID-19, first and foremost for our commander in chief and first lady.

As we watched the president being flown by Marine One to Walter Reed Medical Center (WRMC) on Friday, I was reminded of our many visits to wounded warriors in military hospitals all around the world, from here to the Middle East.
WRMC is the world's largest military medical center and the flagship of military medicine. It was named after Maj. Walter Reed, an Army physician who discovered that yellow fever was transmitted by mosquitoes rather than physical contact. The Parks at Walter Reed Master Plan Implementation Preservation and New Design Guidelines explains its exception:

"The need for an Army hospital on a separate military installation dated back to the civil War when Surgeon General William A. Hammond first conceived of the need for a military medical reservation in the District of Columbia. His 1862 report recommended a permanent military hospital to include a medical school and a medical museum. Lt. Col. William Cline Borden, also a surgeon, hoped for better facilities and was spurred on by the death of his friend Walter Reed, a renowned doctor and scientist who proved that yellow fever was carried by mosquitoes, who died in 1902 following an emergency appendectomy. Borden lobbied both Congress and the Army Medical department for an Army medical center containing a hospital, medical school, museum and library. His grand plan took on the moniker 'Borden's dream.'"

WRMC opened its doors in 1909, when Congress appropriated $100,000 for the purchase of 42.97 acres of land in the northern portion of the District of Columbia, which now comprises most of the southern half of the current property. 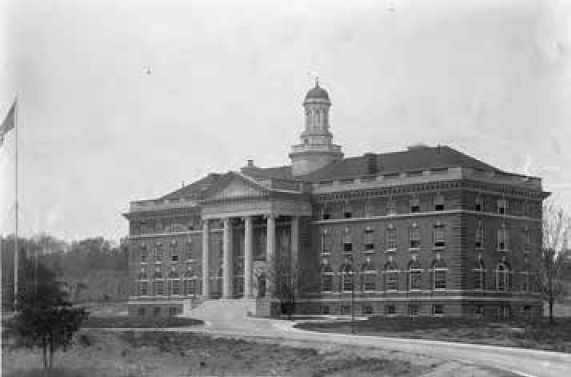 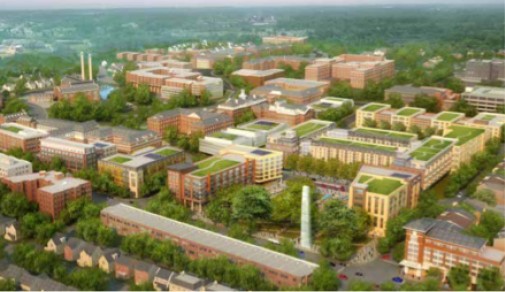 As far as its military leadership, WRMC is the first military treatment facility that has a Navy admiral as the commander and an Army colonel as the chief of staff. Moreover, Navy, Army and Air Force leadership is integrated throughout the entire Chain of Command.

In 1948, a Presidential Suite was created in the East Wing for then President Harry Truman and was later named the Eisenhower Presidential Suite. The Suite has welcomed many other distinguished patients and visitors, including Vice President Nixon, Secretary of State John Foster Dulles, Prime Minister Winston Churchill and President Ronald Reagan, who had colon polyps removed there in 1985. Some notable greats even died there, like Gen. John J. Pershing from World War I, Gen. Douglas MacArthur from World War II and President Dwight Eisenhower. After his assassination in Texas, President John Kennedy's body was brought there by the insistence of his Secret Service.

Fox News reported, "'On November 22, 1963, America's 35th President John F. Kennedy was assassinated,'" the Walter Reed Society writes. 'Doctors and coroners at Parkland Memorial Hospital in Dallas intended to do the autopsy, but the Secret Service demanded that the President's body be taken to "The President's Hospital" for the autopsy, which was performed on the evening of November, 22, 1963.'"

In addition to presidents, WRMC has also treated countless members of Congress and Supreme Court justices.

Back during Reagan's era, it was reported about the president's private accommodations at Walter Reed: "The Presidential Suite at Bethesda, also off-limits, consists of nine rooms that cover a full floor of the old hospital building. There are bedrooms for the president, the first lady and a guest, as well as a dining room, kitchen and medical offices.

"But except for that seldom-used suite, hospital officials say, there are no separate rooms for other high-ranking patients. 'We don't have any special suites or special procedures,' said then Capt. James J. Quinn, the hospital commander. 'We just try to give them a private room, if possible.'"

The entire suite is controlled by the White House and outfitted with protective devices and communications technology to allow the president to continue to carry on his work from that location.

WRMC has been dubbed "the President's Hospital" because every president since Franklin D. Roosevelt has been there for some type of medical treatment. President Trump has been there a few times, visitations largely shrouded in secrecy. Of course, there's nothing covert about his (and the first lady's) COVID-19 diagnosis and treatment.

Anyone really interested in reading the fascinating history of the Walter Reed Medical Center should read from page 20 onward in the online edition of The Parks at Walter Reed Master Plan Implementation Preservation and New Design Guidelines.

The most impressive part about WRMC are the 7,100 total staff members (approximately) that run it and care for our military wounded warriors and personnel, including our current commander in chief. Can you even imagine the history of heroics they have performed over the last century during most of the modern major world wars?

Just a glimpse at the most recent records gives us an idea of the extraordinary efforts that must go on as they provide care and services to more than 1 million beneficiaries every year:

To all those past and present who have served and serve our country at Walter Reed Medical Center, on behalf of all grateful Americans, we salute you!

Chuck Norris
Chuck Norris is the star of more than 20 films and the long-running TV series "Walker, Texas Ranger." His latest book is entitled The Official Chuck Norris Fact Book." Learn more about his life and ministry at his official website, ChuckNorris.com.
When my hero faced off against real Russian assassins
Are Americans happy? You might be surprised!
Defending parents who refuse or restrict smartphones for children
It's the United (not divided) States of America
Biden has abandoned America's original vision – here's how
See more...