Facebook is suppressing a bombshell report that purports to show that Democratic presidential candidate Joe Biden met with a Ukrainian energy executive and knew of his son’s overseas business deals during his time as vice president.

That information runs contrary to statements made by Biden, who has insisted he has stayed out of his son's business dealings.

The New York Post on Wednesday reported on files and messages discovered on a discarded laptop computer that belonged to Hunter Biden but was left at a Delaware computer repair shop in 2019 and never picked up.

“Hunter Biden introduced his father, then-Vice President Joe Biden, to a top executive at a Ukrainian energy firm less than a year before the elder Biden pressured government officials in Ukraine into firing a prosecutor who was investigating the company, according to emails obtained by The Post," the report said.

“The never-before-revealed meeting is mentioned in a message of appreciation that Vadym Pozharskyi, an adviser to the board of Burisma, allegedly sent Hunter Biden on April 17, 2015, about a year after Hunter joined the Burisma board at a reported salary of up to $50,000 a month.”

A screen shot of the message shows Pozharskyi wrote, “Dear Hunter, thank you for inviting me to DC and giving an opportunity to meet your father and spent some time together. It’s realty an honor and pleasure.”

In case anybody actually believed Burisma was paying Hunter Biden a million dollars a year (while he smoked crack in strip club VIP rooms) for any reason *other* than access to Joe -->https://t.co/oV0u7N1u32? pic.twitter.com/x01akqLpkG

Biden has claimed he never knew anything about his son's business in Ukraine.

The question many have asked: Why would a European energy company hire an American with no experience and pay him an absurd amount of money?

Surely, his father's position as the vice president of the United States had nothing to do with the job or the salary.

The computer hard drive also allegedly contained photos of Hunter smoking crack cocaine and engaging in sexual activities on video with a woman, according to the Post. It is held by the FBI.

"Photos of a Delaware federal subpoena given to The Post show that both the computer and hard drive were seized by the FBI in December, after the [computer repair] shop’s owner says he alerted the feds to their existence," the report said.

Photos of Hunter Biden that the Post said were from the computer were soon circuiting online.

The pictures of Hunter Biden included in this NY Post blockbuster are really... Something...

However, as the bombshell report -- which contains a lot of interesting information with just 20 days to go until the Nov. 3 election -- was drawing massive interest Wednesday, Facebook was trying to prevent people from seeing it.

Andy Stone, the policy communications manager at Facebook, tweeted that the social media giant would reduce the influence of the Post’s reporting while also siccing its allegedly unbiased third-party fact-checkers on it.

“While I will intentionally not link to the New York Post, I want be clear that this story is eligible to be fact checked by Facebook's third-party fact checking partners,” Stone wrote Wednesday morning.

“In the meantime, we are reducing its distribution on our platform.”

While I will intentionally not link to the New York Post, I want be clear that this story is eligible to be fact checked by Facebook's third-party fact checking partners. In the meantime, we are reducing its distribution on our platform.

After many Twitter users asked why Facebook was taking that seemingly extreme action, Stone said, "This is part of our standard process to reduce the spread of misinformation. We temporarily reduce distribution pending fact-checker review."

This is part of our standard process to reduce the spread of misinformation. We temporarily reduce distribution pending fact-checker review. https://t.co/vf3CBvLmjj 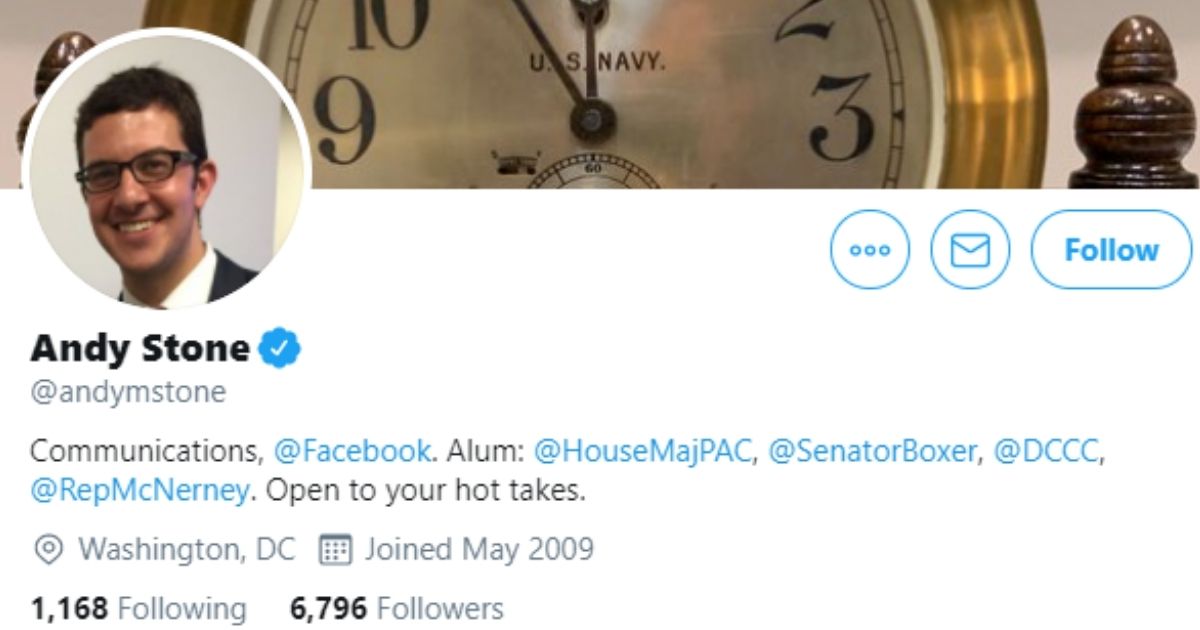 If Facebook hadn’t made its intentions to act on behalf of Biden and Democrats clear by Wednesday, there’s no doubt about it now.

The New York Post is a reputable news organization with a breaking story providing evidence that a man running for president might have used his influence as the country’s vice president to enable his son to profit financially.

The report contains information that is of great importance to the general public heading into a key election.

There are so many questions here, but they’re all rhetorical, as we already know that only a handful of billionaire leftists in Silicon Valley control much of the information we do and do not see.

Let's ask a few of those questions, anyway.

Where was the social network when The Atlantic ran a smear piece last month claiming, without evidence, that President Donald Trump had denigrated fallen American soldiers?

Can you imagine Facebook reducing the distribution of a similar story if the subject of that story were one of Trump’s children?

Doesn't this action prove that Facebook is a publisher rather than a platform and should be treated as such?

Its decision appears purely political, and it’s time to rein in the influence of the Big Tech leftists on American society and discourse.

The Post clearly has a report that is a matter of great public importance, and it might contain the smoking gun showing Biden has at least some explaining to do. But now Facebook is suddenly concerned with being able to authenticate independent reporting.

The social media giant has taken the gloves off, so you might as well share the Post’s reporting far and wide.

Here it is, again.

UPDATE, Oct. 14, 2020: Andrew Bates, a spokesman for the Biden campaign, issued a statement in response to the Post's report:

“Investigations by the press, during impeachment, and even by two Republican-led Senate committees whose work was decried as ‘not legitimate’ and political by a GOP colleague have all reached the same conclusion: that Joe Biden carried out official U.S. policy toward Ukraine and engaged in no wrongdoing. Trump Administration officials have attested to these facts under oath,” Bates claimed.

“The New York Post never asked the Biden campaign about the critical elements of this story,” the statement added. “They certainly never raised that Rudy Giuliani -- whose discredited conspiracy theories and alliance with figures connected to Russian intelligence have been widely reported -- claimed to have such materials.

“Moreover, we have reviewed Joe Biden’s official schedules from the time and no meeting, as alleged by the New York Post, ever took place.”

It should be noted, of course, that schedules are not always reliable records of meetings, as they document only what was planned, not what actually occurred.