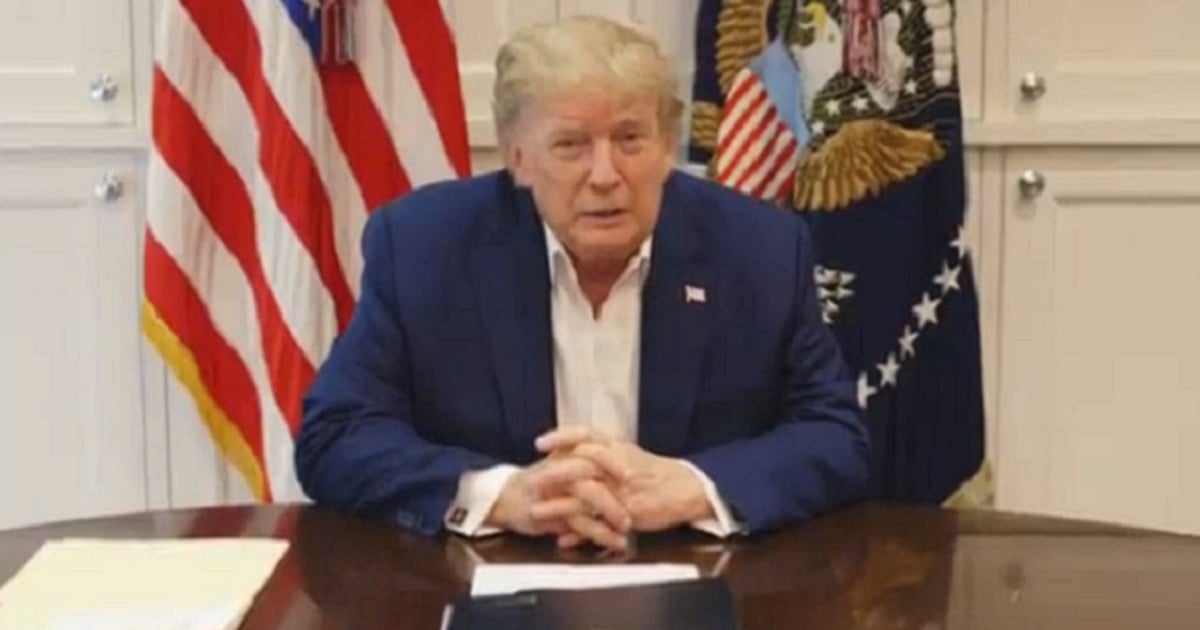 Facebook and Twitter on Tuesday censored a tweet by President Trump in which he stated that COVID-19 is less deadly than the seasonal flu in most populations.

"Flu season is coming up! Many people every year, sometimes over 100,000, and despite the Vaccine, die from the Flu," the president wrote in a message removed by Facebook. "Are we going to close down our Country? No, we have learned to live with it, just like we are learning to live with Covid, in most populations far less lethal!!!"

Twitter slapped a warning label on the message requiring the reader to click on it to view it.

The message says: "This Tweet violated the Twitter Rules about spreading misleading and potentially harmful information related to COVID-19. However, Twitter has determined that it may be in the public’s interest for the Tweet to remain accessible."

Critics of the president emphasized the fact that more than 200,000 Americans have been counted as deaths related to COVID-19.

However, the current Centers for Disease Control data shows influenza is deadlier among children ages 0-17 than COVID-19. During the 2018-19 flu season, the CDC recorded 480 flu deaths among children ages 0-17 in the United States. About 90 died from coronavirus complications from the beginning of the pandemic through mid-August, the American Academy of Pediatrics said.

Meanwhile, according to World Health Organization estimates, the infection fatality rate for COVID-19 is only 0.13%. That's a little more than one-tenth of 1%, which the WHO says is the rate for the seasonal flu.

Flu season is coming up! Many people every year, sometimes over 100,000, and despite the Vaccine, die from the Flu. Are we going to close down our Country? No, we have learned to live with it, just like we are learning to live with Covid, in most populations far less lethal!!!

A new study by researchers at Wayne State University in Michigan found COVID-19's severity may be fading as the death rate falls.

In August, the New York Times found in an analysis of data that up to 90% of people testing positive carried barely any virus.

The CDC's overall count shows a significant downward trend from a peak of 17,054 deaths on April 18.

A recent study by researchers at the Houston Methodist Research Institute raised concerns about coronavirus mutations as the fall season begins. Among more than 5,000 genetic sequences of COVID-19 they found more than 90% of samples contained a mutation.

Significantly, however, the Houston researchers found the mutations did not make the virus deadlier.